Last Saturday afternoon, June 29, 2013, favela residents from across the city along with attorneys, public defenders, and members of various social movements marched in protest against forced removals and the treatment of favelas by the mainstream media.

The march began at 2pm in Horto, the historic community at the edge of Rio’s Botanical Gardens that is currently fighting removal. 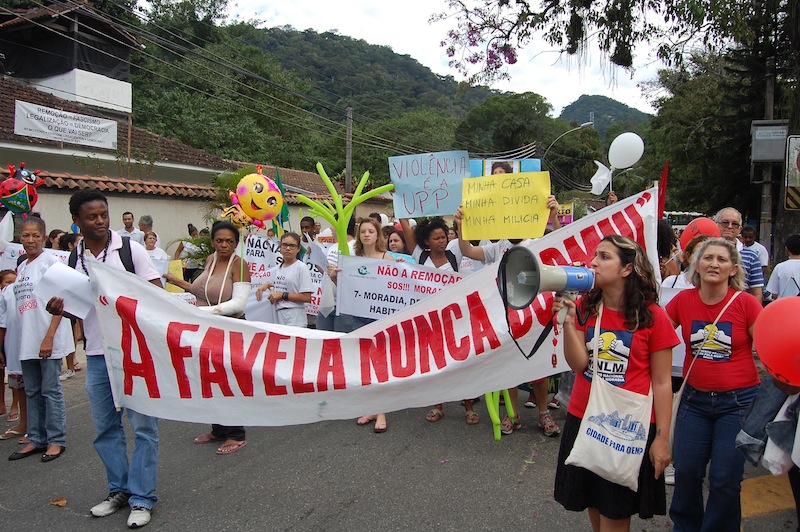 Here pictured is André Constantine of Favela Não Se Cala, the grassroots coalition of favela residents from across the city, that played an organizational role in the event as did the National Movement for the Fight for Housing. 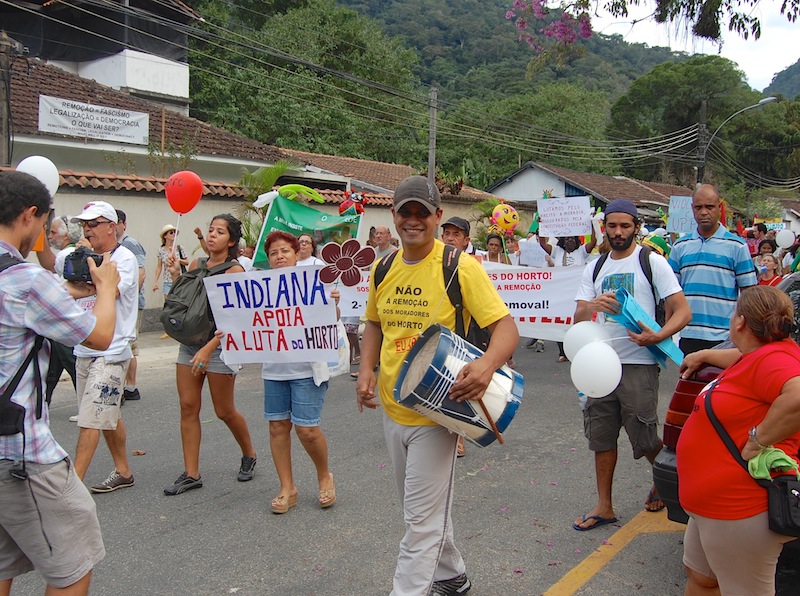 Engineer and activist from the Network of Communities and Movements Against Violence, Mauricio Campos Santos, interviewed attorney and land rights professor Miguel Baldez about the Horto situation in historical context. 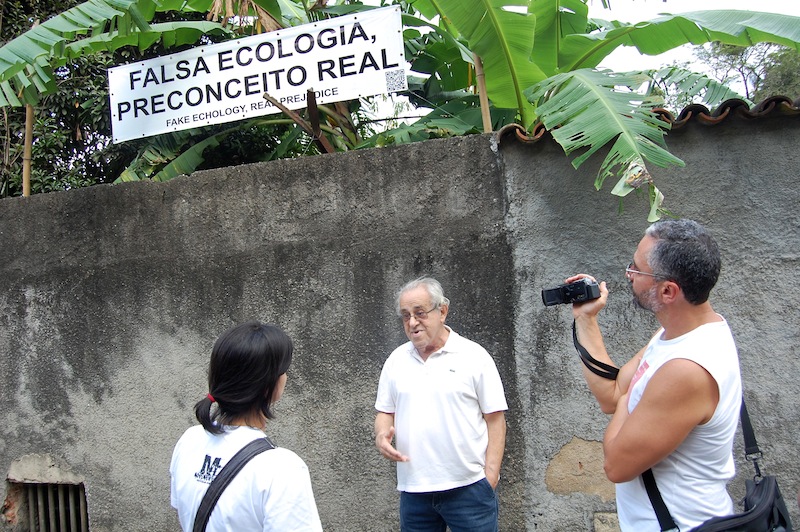 For the Democratization of the Media

Protestors protested the local media monopoly that presents biased coverage of Rio’s favelas, policies towards them, and resident perspectives. 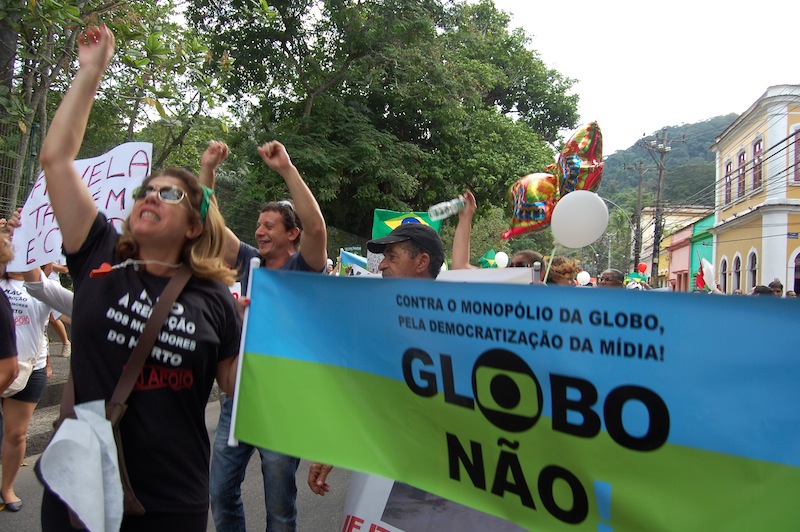 Favelas Are Part of the City

Protesters wore t-shirts supporting causes and communities under threat and held signs asserting that favelas are part of the city. 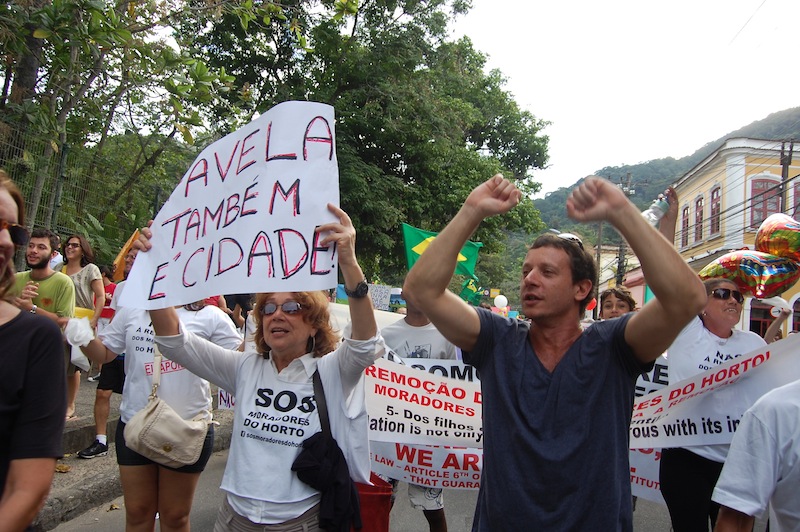 Public Defenders who are critical in providing the legal support to communities threatened with eviction participated. 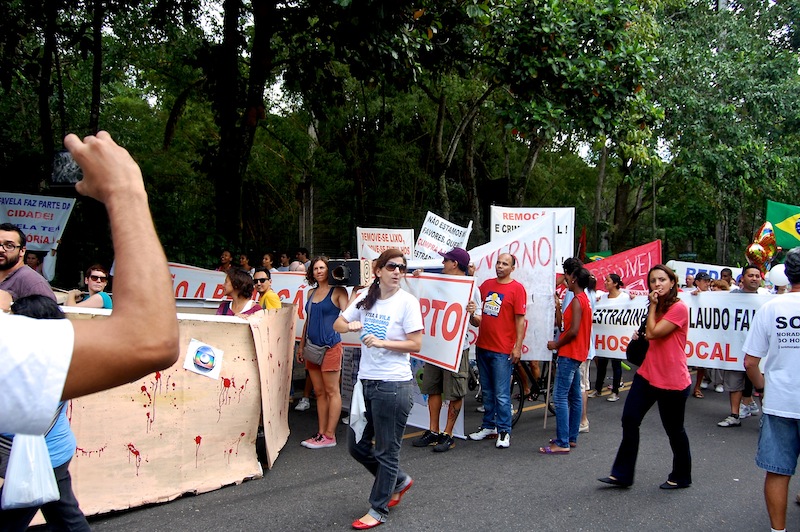 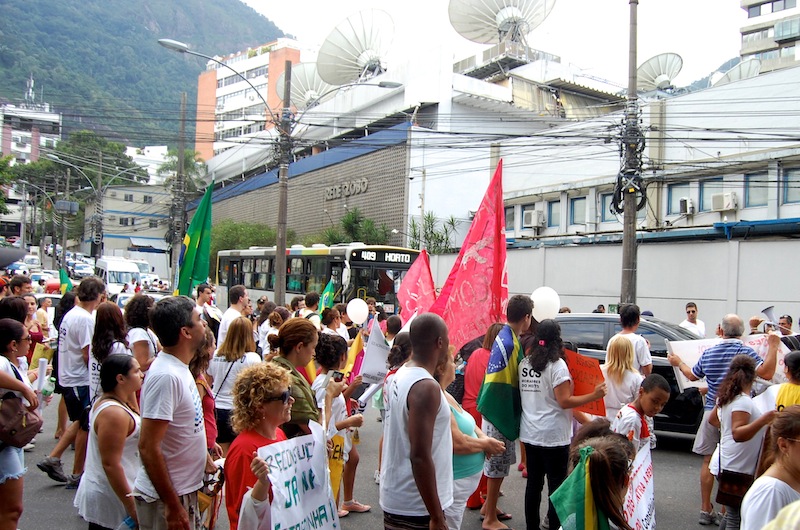 One sign highlighted the different locations of communities under threat of removal across the city. 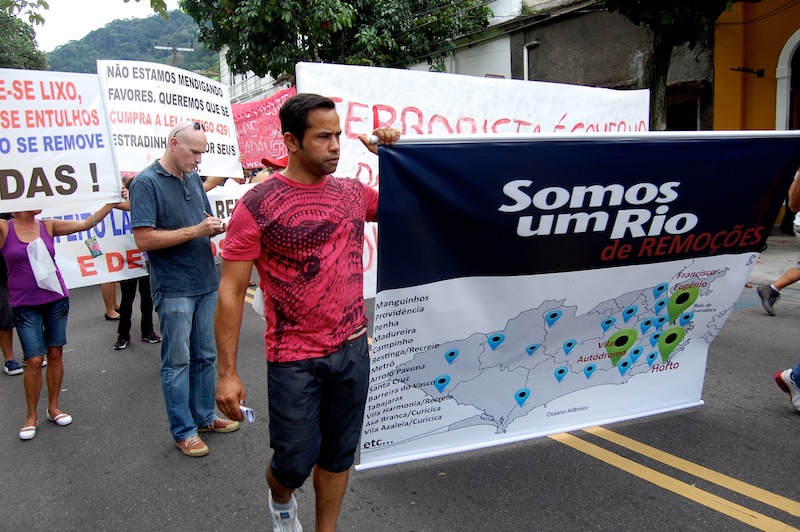 As occurred in other marches with strong involvement by musicians, participants crouched in silence at strategic moments only to rise and jump when the drumming and chanting began anew. 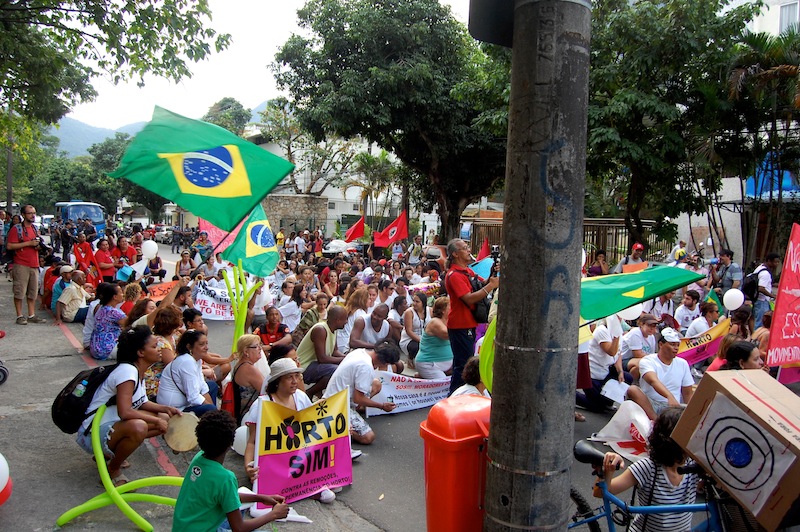 One sign summed up the protest’s central message: that favela residents would prefer public works in their communities to removal and relocation. 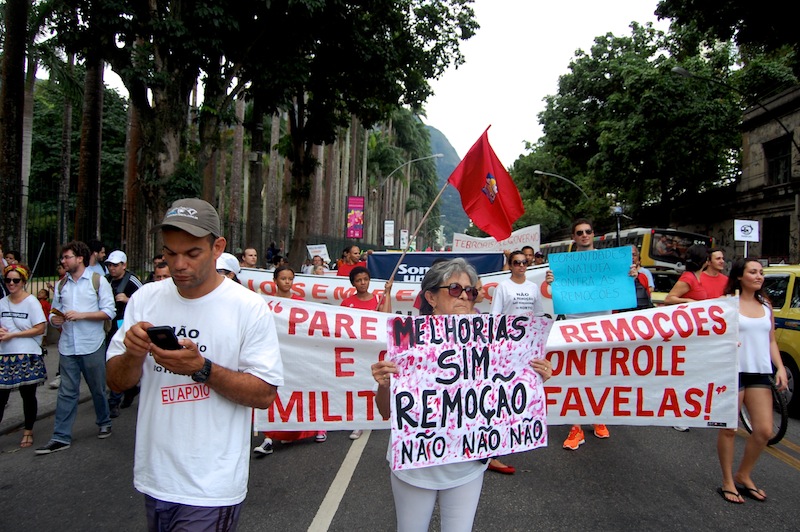 This article was written by Catherine Osborn, and published on July 2, 2013.
in #EvictionsWatch, by International Observers, Civil Society, Photo-Essays, Policies, Violations