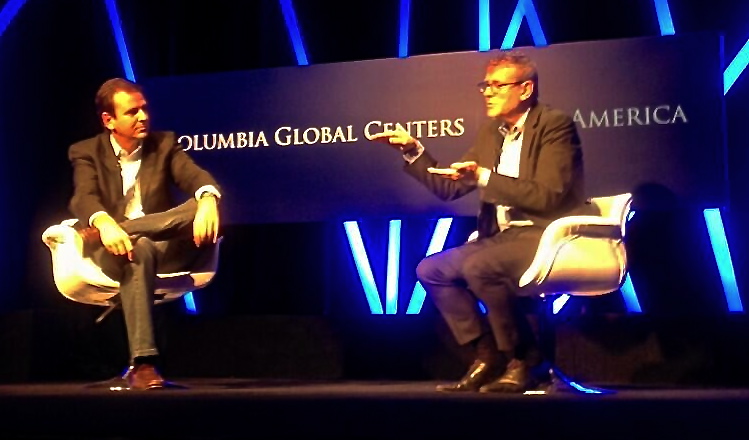 Mark Wigley, the Dean of Architecture at New York City’s Columbia University, repeatedly advocated for more affordable housing in Rio de Janeiro in a debate with Mayor Eduardo Paes hosted by Columbia University at the Teatro Ipanema last Monday, October 28. Approximately 100 guests of Columbia University and the Mayor’s office attended the event, which was closed to the public but broadcast live online to an international audience.

Wigley opened the event with a presentation entitled “Generosity by Design,” emphasizing the need to create and promote generosity within the neighborhoods of cities. The mayor used the debate, organized by Columbia’s new Global Center in Rio de Janeiro, to showcase his Porto Maravilha project to revitalize the port area. He also touched on the challenges of hosting the Olympics and the World Cup within a two-year period, and his vision for a new form of democratic representation that harnesses the power of social media and technology. Wigley’s principle criticism of Paes was that he is not prioritizing affordable housing in the city’s redevelopment plans.

“Affordable housing is key to reduce the obvious line between those who have and those who have not,” Wigley stated, and said he envisioned an integrated port area with mixed housing that connected Brazil’s first favela, Providência, with the port itself. During his presentation, the mayor was very adamant that no public money would be spent on the port renovation, and that the project would be entirely funded through the private sector. Wigley suggested the mayor reconsider this approach and spend public money specifically targeted towards affordable housing. 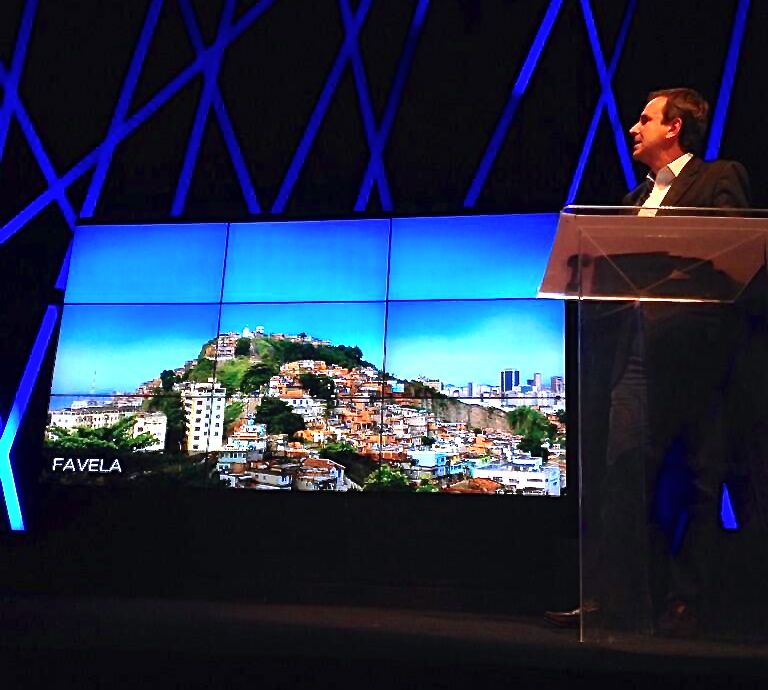 The mayor pointed to the announcement on September 19 that 2,200 affordable housing units would be constructed in the port area through the Minha Casa Minha Vida federal housing program, but complained that affordable housing units always end up being bought from the poor by ‘rich boys.’ “Don’t come with laws telling them they cannot sell, because they do it,” he said. Participants in Minha Casa Minha Vida are legally bound to not sell their property for a 20-year period. Despite this, Paes said, “everybody does sell the house.” He acknowledged that his Special Advisor for Urban Issues, Washington Fajardo, “tells me there are ways we can control that… but I haven’t seen the solutions.”

Wigley and Paes also debated the role of favelas in Rio de Janeiro society. Both agreed that favelas are part of the solution to the city’s problems, but Wigley suggested that Paes could learn more from looking in the favelas for solutions. “The favela is better designed, more urban and more formal than the formal city,” he said claiming favelas are where the “intelligence of the city” is concentrated. “You have to be more intelligent to build a society on the side of a hill than to buy a condominium,” he said.

As part of the debate, Wigley and Paes fielded pre-selected questions from other Columbia Global Centers around the world via video. One such question from the Columbia Global Center in Mumbai asked how to approach solutions when favelas are located on “prime real estate.” “The idea that favelas occupy prime real estate is a criminal approach,” said Wigley, emphasizing their right to be there and the right to the city. The mayor lamented that bringing services and infrastructure to favelas in these areas causes gentrification, as has been seen in Vidigal and Chapéu Mangueira, and said it is a struggle to create mixed housing in Rio de Janeiro. “Sometimes I wish I was Fidel Castro and could force people to not sell their house and to live there forever,” he joked with the audience.

Paes’ skill as an orator championing the work of his administration was clear, however the image of Rio and the city’s work that Paes described to an international audience contradicted the experience of many on the ground. Lack of participation, forced evictions, abandoned or stalled public works and poor basic services are all consistent features of the interventions made by the current administration in the favelas, which have historically been and still are Rio’s single answer to affordable housing.

Although Paes did agree that the best approach to favelas was to bring basic public services to them on location, he made no specific mentions of program scope or deadlines, a sharp contrast to his April 2012 TED talk in which he pledged to bring upgrades to all of the favelas in Rio by 2020. The program to which he was referring in the TED talk, Morar Carioca, has been stalled for months with funding slashed for its signature participatory planning element.

The debate was the first hosted by the new Columbia Global Center in Rio de Janeiro, the latest collaboration between the city and the New York-based Ivy-league institution. Paes and Wigley first met back in 2009, when Paes invited Wigley to launch another Columbia initiative, Studio-X Rio, an urban-planning laboratory situated in Praça Tiradentes which, among other initiatives is involved in consultancy work with the Mayor’s Office.

This article was written by Blair Cameron, and published on November 4, 2013.
in #GentrificationWatch, #HousingWatch, #Rio2016, by International Observers, Event Reports, Policies