The children’s charity Terre des Hommes has hosted a workshop looking at the effects of mega sporting events, starting with the imminent World Cup, on children in Brazil. The workshop, which took place in São Paulo, united various groups working with children across Brazil, and experts in social effects including human rights lawyer Carlos Nicodemos and the architect and urbanist Erminia Maricato. 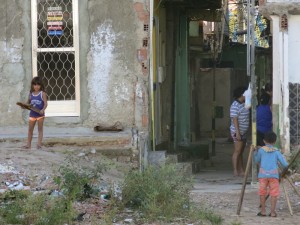 A key issue was distinguishing between the effects of the World Cup directly, and the impact of longer term urban development generally on Brazil’s cities. Another challenge was to identify who the main actors are in this process, and who is responsible – should the blame for negative impacts be laid solely at FIFA’s door, or can others such as federal, state or municipal authorities or those in the justice system play a role in mitigating the more negative effects?

The workshop marked the launch of a project by Terre des Hommes, the ultimate aim of which is to increase awareness of both negative and positive effects on children before, during and after mega sporting events, and lobby for adequate child protection measures as standard in the realization of these events.

Among those contributing to the workshop were representatives from the National Association of Centres in Defence of Children and Adolescents (ANCED), children’s NGO Formação from Fortaleza in the Northeastern state of Ceará, the Popular Comittee for the World Cup and Olympics, São Paulo project Meninos e Meninas da Rua, representatives from Terre des Hommes across the country and Childhood Brazil, which works with children who have been abused or sexually exploited, as well as representatives from other groups.

When it comes to the impact on children specifically, a lack of tangible statistics makes it difficult to ascertain exactly how the World Cup affects them. Yet despite the emphasis FIFA gives on its own website to “the importance of human rights and education for children around the globe,” children are among the most vulnerable when it comes to issues including forced evictions, police violence and the diversion of public resources away from where they are most needed. 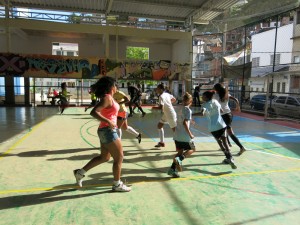 There were a number of effects of the mega sporting events which the workshop identified as being felt especially by children. These included a disruption to family life due to evictions in many areas, disruption to education, the idea promoted by events such as the World Cup that children should aspire to be like rich footballers, and an exclusion from the events themselves due to the cost of tickets, but also in indirect ways such as the prohibition of traditional World Cup-related parties, and the economic impact on families who are banned from selling their own products outside football grounds in favour of FIFA’s sponsors.

Many participants identified the criminalization of young people as a current problem, with the number of under-18s arrested and imprisoned expected to increase during the World Cup period.

Lawyer Carlos Nicodemos pointed out that the situation in Rio de Janeiro at the moment is explosive, with unrest in favelas including recent clashes in Pavão-Pavãozinho and Cantagalo over actions of Pacifying Police Unit (UPP) police, and a major security problem pervading throughout the city. “I have no doubt that the UPP was developed with the concept of retaking territory for investors and for the economic growth of Rio, and it was not just developed because of the mega sporting events,” he said. “The mega sporting events are just part of this economic development, but there is a link between real estate investment and the mega sporting events.” He called for a demilitarization of the police in order to reduce public complaints of violence, including against children. 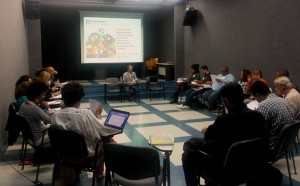 Attendees took varying views of the likelihood of street protests returning significantly during the tournament itself. The implementation of the recently passed laws of exception, restricting protests, along with armed troops on the streets, could impede the capacity of the public to vent their frustrations. This impact on the right of people to come and go as they please is itself an impact of the World Cup, affecting the many young people who have chosen to protest so far.

Ana Flora Werneck of Childhood Brazil echoed the thoughts of many attendees that the World Cup and the Olympics might not be the sole causes of some of Brazil’s problems, but the events have certainly intensified them while highlighting them to an international audience. She pointed out that there are an increasing number of campaigns designed to target sexual exploitation of children as the World Cup approaches, but what is needed is a more co-ordinated approach between different groups.

Urbanist and architect Erminia Maricato gave some historical context to the current situation in cities such as Rio de Janeiro where evictions have now become commonplace. Students working with her at the University of São Paulo have created a map of those favelas in São Paulo which have been removed over time or are in the process of being removed, and identified clusters that relate to the World Cup.

For Erminia, mega sporting events have been used as an excuse to deepen the policies of exclusion and pushing of poorer families out to violent peripheries of the cities. “Along with the mega sporting events comes the renovation of districts, which means an increase in the real estate value,” she said. Those favelas in Rio which have been allowed to stay tend to be those which are hidden by surrounding hills or buildings, she argues, meaning their presence does not affect real estate values.

While the picture might seem bleak for children, the call for co-ordination between the disparate groups working to a common cause offered a note of hope. “We can win this with a big fight, as we did against the dictatorship,” Erminia said. “We created a lot of good, democratic institutions since then, and we have a lot of experience.”

This article was written by Beth McLoughlin, and published on May 5, 2014.
in #Rio2016, by International Observers, Event Reports