X. was evicted from the public housing program by the militia in Campo Grande. Photo: Urbano Erbiste

The Ministry of Cities, the federal bank Caixa, the Municipal Housing Secretariat–none of these authorities know if the people who live in the apartments under the federal program Minha Casa Minha Vida (MCMV), or “My House My Life” are really benefiting from it. If they were to assess the results of the program, the local government would know about what happened to resident X., a 55-year-old bricklayer evicted one year ago from his apartment by the militia in the Ferrara condominium in Campo Grande. There are at least five other people who were forced to leave their apartments and who sought support from the Police Station for the Repression of Acts of Organized Crime (Draco). As EXTRA highlighted last Monday, X., who lost his home, was the key witness in an investigation that resulted in the imprisonment of 21 people. Today, he lives on the streets with his wife and two daughters.

The role of assessing the program is a game of “hot potato” between the federal housing bank Caixa, the agency responsible for financing the apartments, and the Municipal Housing Secretariat, which organizes the housing lottery and delivers the apartments to residents. According to Caixa, it is the job of the state and municipal “partner secretariats” to control this process. The secretariat alleges that its role ends when it hands the apartments over to new owners and that, according to the contract, it is not responsible for monitoring whether the owners have been evicted from their homes. Today, the principal tool to combat irregularities regarding the apartments is a telephone number (0800-7216268) provided by Caixa. 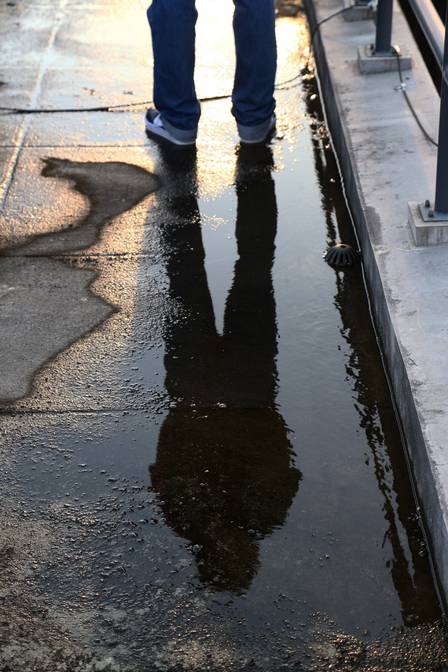 While the apartments under the program continue to function without any control from the pubic sector, bricklayer X. continues without support or shelter from the State. After giving his testimony to Draco agents, X. was put under the witness protection program, and lived for a time outside Rio de Janeiro state with his family. However, due to legal violations, X. was expelled from the program and had to return to Rio. After living two months in the headquarters of the State Secretariat of Protection (Seseg), he had to leave the building.

Monday, EXTRA contacted Seseg and the State government, neither of which commented on the case. The National Human Rights Secretariat, responsible for the witness protection program, said that the reinstatement of X. into the program “would depend on approval given by the Deliberative Counsel which is formed by various public institutions and civil society actors.”

X. was evicted from his home at the beginning of last year. For the apartment, the bricklayer had paid R$50,000, the original loan already paid back in its entirety to Bank Caixa Econômica. 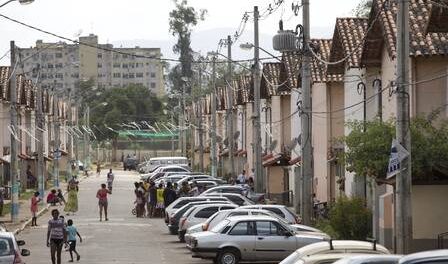 After standing witness to the actions of the paramilitary group at Draco, X. was taken away under the witness protection program to a shelter in the Baixada Fluminense situated in an area run by a militia.

Living on the street

Shortly after, he was transferred with his family to a small city in the Central-West region of Brazil. There, after living in a favela, they lived on the street for 16 days.

The Ministry of Cities reports that the situation involving X.’s apartment is “part of an ongoing judicial process,” and that they are following and awaiting the final decision.

This article was written by Luã Marinatto, Rafael Soares, and published on February 11, 2015.
Translation provided by Emma Platais. This article originally appeared on Jornal Extra. in #EvictionsWatch, Translated by RioOnWatch, Violations