A community group based in the neighborhood of Vila Laboriaux, Rocinha, won a prize awarded by the same government that once called for the removal of the community.

Movimento Preserva Laboriaux (Movement to Preserve Laboriaux) was named one of 85 winners of the City of Rio’s Local Actions Prize, part of Rio’s 450th anniversary celebrations. There were 828 applicants for the prize.

Movimento Preserva Laboriaux promotes the sustainable development of Vila Laboriaux and its 600 families, living in an area of Rocinha that neighbors Tijuca Forest. It is coordinated by the NGO Favela Verde.

The organization has closely partnered with the community’s Residents’ Association, led by José Ricardo Duarte, elected by a large majority of voting residents in 2012. “I think it’s high time for some recognition from the City,” says Ricardo, commenting on the prize. “The government needs to recognize small actions, to recognize initiatives led by the people. Because it’s the people, in reality, that oftentimes ends up doing the government’s role.”

This is certainly the case in Vila Laboriaux, a community that was threatened with removal by the City after landslides in 2010. Movimento Preserva Laboriaux is just one example of community action in the neighborhood.

From its first event–a group clean-up of 1.5 tons of garbage that had been left to pile up in the community–to today, it has worked in a participatory way, consulting and implementing resident priorities. Other activities organized by the group include urban art, community gardening, cultural activities and environmental education and preservation.

Gabriel Voto of Favela Verde describes how when he first visited the community, “the phantom of removal was very strong…It was really bad, really heavy. We saw that lots of residents didn’t paint their houses because they didn’t expect to stay, they didn’t know if they had a future there, if they would be removed.”

But both Ricardo and Gabriel agree the difficulties that the community has faced have in some way contributed to what Gabriel calls the “social wealth” of the neighborhood, as well as its obvious “environmental wealth.”

The Local Actions prize money will help fund ten events in 2015, which have already been agreed in community discussions.

The first of these was Fala Mulher on March 28 – an event for women to get together and participate in discussions. The event included free beauty treatments provided by Embelleze, and children’s art activites provided by Escolinha de Arte Urbana (Little Urban Art School). “We see that there’s an opportunity here to bring women closer to Movimento Preserva Laboriaux,” Gabriel explains.

Aurini, a Laboriaux resident, was one of the many women who took part in the discussions and enjoyed a free manicure. “I’d like to see more events like this…I thought it was just for us to talk about things in the community. I thought that was it. But when I arrived I was surprised, I liked it.”

Next on the list for Movimento Preserva Laboriaux will be a day of collective action, a mutirão, to renovate the new Residents’ Association headquarters. They plan to turn the building into a social community center, to host activities and provide space for other organizations.

The city government had promised the Association a new space after it allowed squatters to remain in the Association’s previous headquarters. But the space offered was a dark basement, full of open sewage. “They promised a headquarters and gave us this space… It’s so ridiculous that I can’t explain it in words,” says Ricardo. “Everything is lacking.” 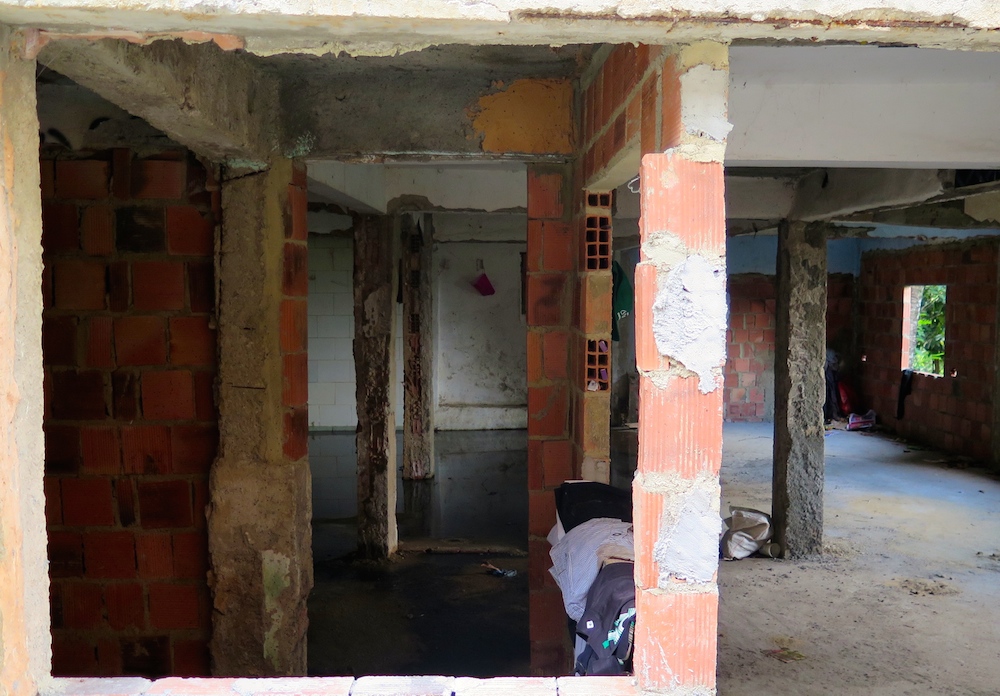 But waiting for the City to clean up the building is not on the agenda.

“There’s a scale of priorities that needs to be respected,” says Ricardo, who refers to the Residents’ Association’s other demands, which include hillside containment, land regularization and improving the sewage and water systems. “If we keep on arguing with the City over the headquarters, what will they do? Reform the building, to keep us quiet, making it more difficult for us to argue for the rest.”

It is an unusual situation: prize money from the City being used to fulfil a promise the City itself had made to the Residents’ Association.

Gabriel sees that the prize can have a galvanizing social force, as it is “further proof that…we don’t need to wait for the government yet again to come and do what they promised to do.”

Among its other programs, Movimento Preserva Laboriaux is also discussing and planning the creation of an environmental center in the community. 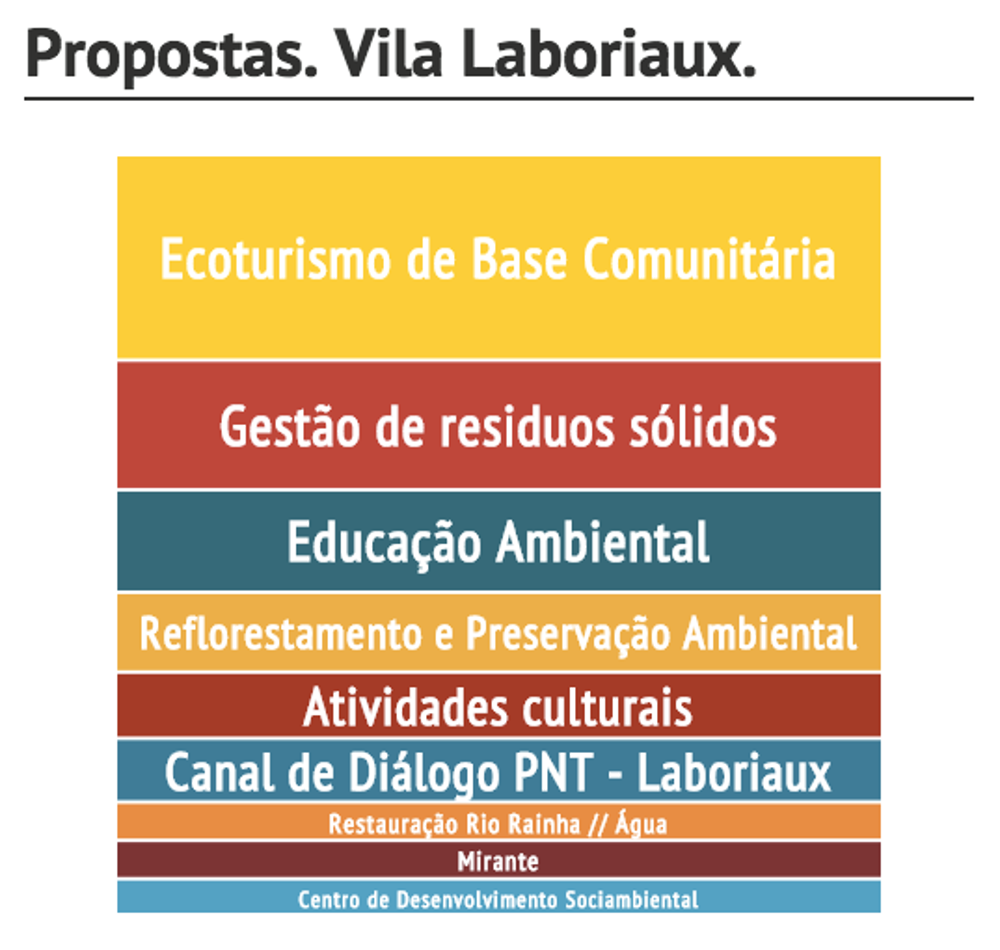 List of proposals suggested by Laboriaux residents, collected by Movimento Preserva Laboriaux in a discussion event in December 2014.