This is the final article in a three-part series on the Imagens do Povo photography collective.

“I think we’re living this great conflict: one story or many stories; maintaining the status quo or bringing great transformations.”

“If you photograph someone with dignity, whether in pain or joy, you get people together. Even if it’s through reflective criticism, you connect people.” – João Roberto Ripper

Imagens do Povo (Images of the People) is a photography school and collective based in Complexo da Maré. It was founded by João Roberto Ripper, a celebrated Brazilian photo-documentarist who emphasized the principles of dignity and empathy. The first two articles in this series presented two groups of Imagens do Povo photographers: the ‘activist-reporters’ and the ‘archivist-documentarians.’ In this article we ask: how can their work be framed within discussions about the production of media about favelas, favela aesthetics, and resistance struggles? 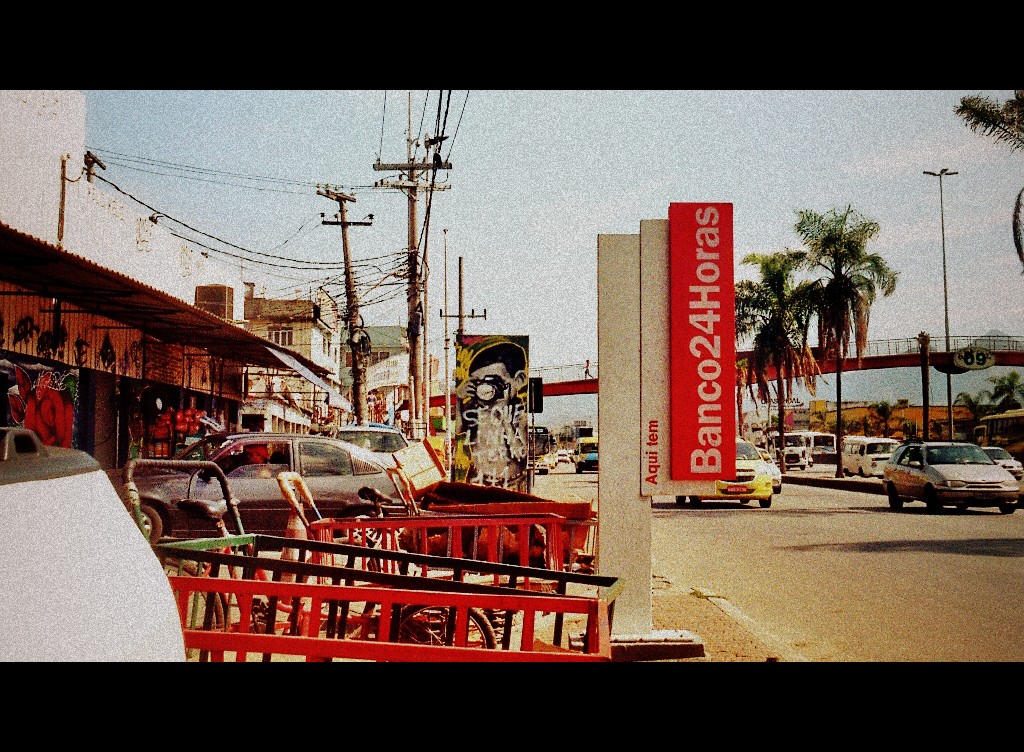 According to the findings of the research on which this series is based, in the case of the Imagens do Povo collective, the variation in form of resistance–by activism and denouncing violations, and by documentation of identities, cultures and daily life–responds to the variation in the forms of oppression suffered. These forms of oppression include stigmatization in the mainstream media and government discourse; crimilitarization, or the criminalization of social movements and non-white and poor people leading to militaristic interventions; the occupation of communities and state-sponsored violence by army and police; and threats to public spaces for the benefit of private interests.

Imagens do Povo plays a key role in fighting these oppressions by engaging in the dispute over the aesthetics, symbols and conceptions related to favelas. Photography that deals with identity and representation impacts Maré residents’ understanding of themselves, as well as their relationship to favelas and the city at large. The fact that favela residents themselves are taking control of the means and meanings of production and reproduction of images and imaginaries is revolutionary, albeit not new.

Associate editor of artnet Magazine Ben Davis summarizes French philosopher Jacques Rancière when he writes that “politics is the struggle of an unrecognized party for equal recognition in the established order.” Against the “established order” of dominant media portrayals of favelas, Imagens do Povo photographers show a different, less recognized perspective, which by Davis’ definition makes their art inherently a political struggle. 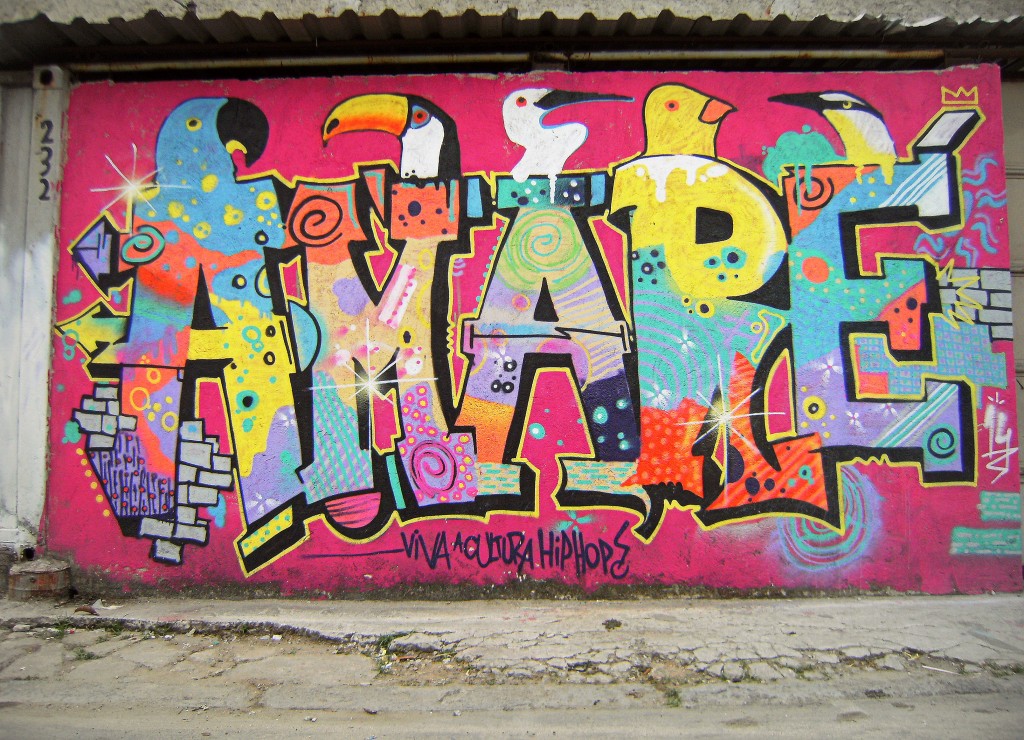 The ‘activist-reporter’ and ‘archivist-documentarian’ approaches do not fit into opposing categories of politically engaged art on the one hand and autonomous, politically detached art on the other. Instead, these two approaches find a balance between Rancière’s co-existing ideas of art influenced by life (and thus also by politics) and art that resists interference, or art for art’s sake. Each form expresses and harvests both political and artistic potential.

Imagens do Povo photographers show how this tense balance and coexistence negotiates between art and politics, finding, as art historian Sophie Berrebi writes, “a form that can exist in-between the two opposite aesthetics.”

In the case of the activist-reporter approach, the work of the artists merges, in Berrebi’s words, “with other forms of activity and being.” Luiz Baltar’s photo, ‘March Against the Genocide of Black People in Maré,’ is a clear example of photography immersed in political events and struggles: 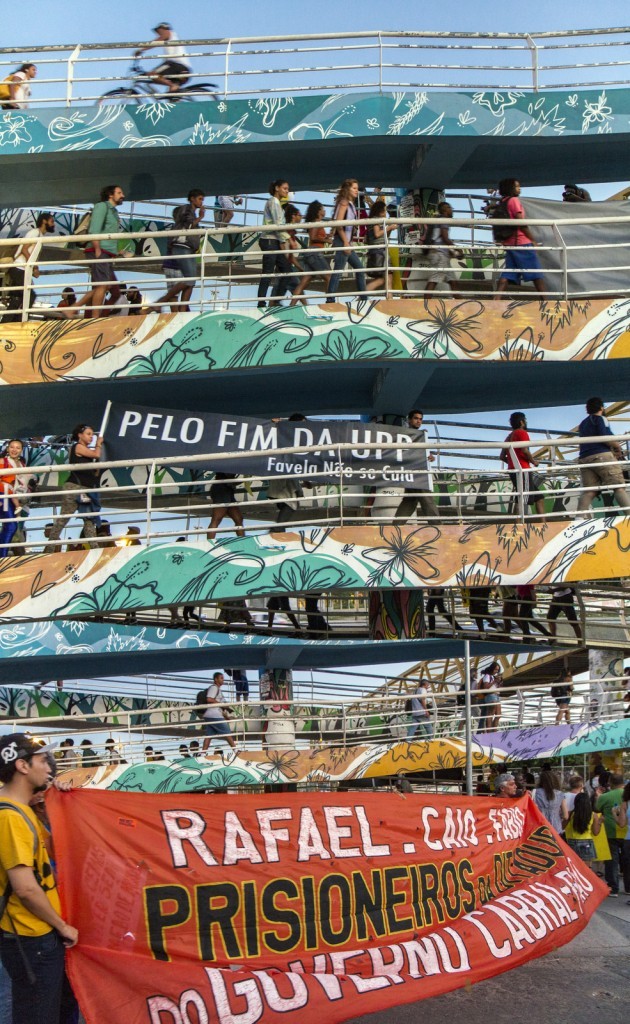 March Against the Genocide of Black People in Maré. Photo by Luiz Baltar, September 6, 2014.

In the case of the archivist documentarian approach, “the political potential of the aesthetic experience derives from the separation of art from other forms of activity.” There is passive resistance in the artist taking a step back from the issues of political life and delving into the realm of aesthetics, or beauty. Ratão Diniz’s photography demonstrates this focus on artistic concerns and personal photographic interests. 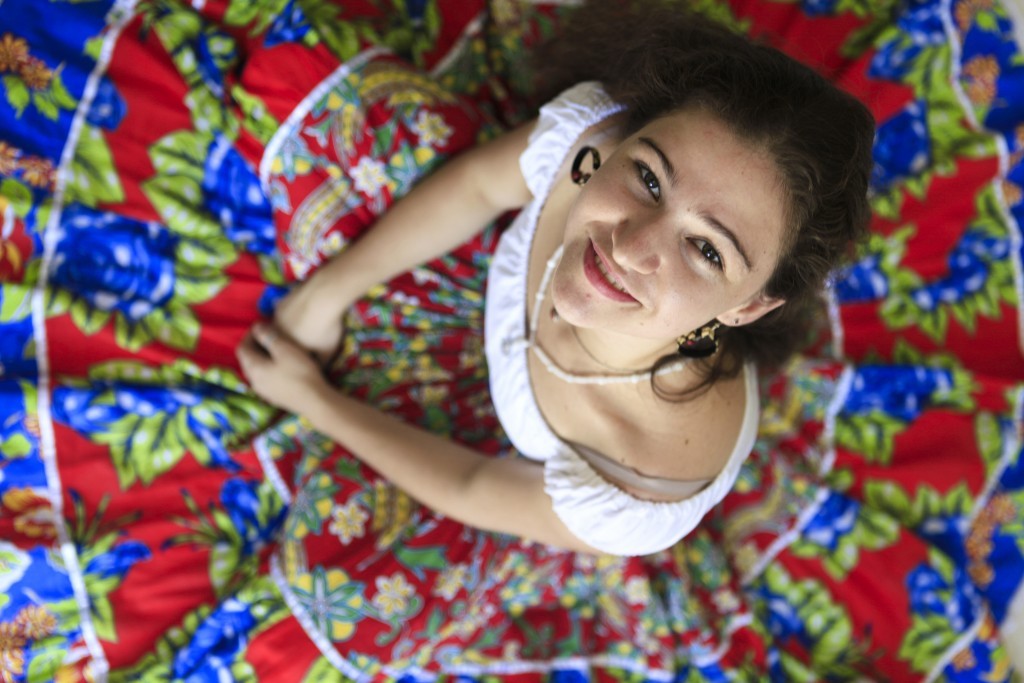 Ben Davis writes that aesthetics–the set of principles concerned with the nature and appreciation of beauty, taste and art–is the fight “over the image of society—what it is permissible to say or to show.”

Brazilian media scholar Beatriz Jaguaribe argues that Brazilian aesthetics are often characterized by what she calls ‘choque do real’ (the shock of the real). Reality, as represented in the mainstream Brazilian media, is portrayed through shocking events and narratives, which are portrayed as ordinary.

In contrast, Imagens do Povo’s ‘empathetic’ photography has a different focus. It recalls Rancière’s idea of relational aesthetics, in which “art is there to bring social links between people,” especially those marginalized by society. Monara Barreto’s depiction of a graffiti artist from a São Paulo favela working in Maré accomplishes this goal quite literally. It highlights the art and exchange of culture taking place in favelas, without reference to ‘shocking’ events like violence and poverty. 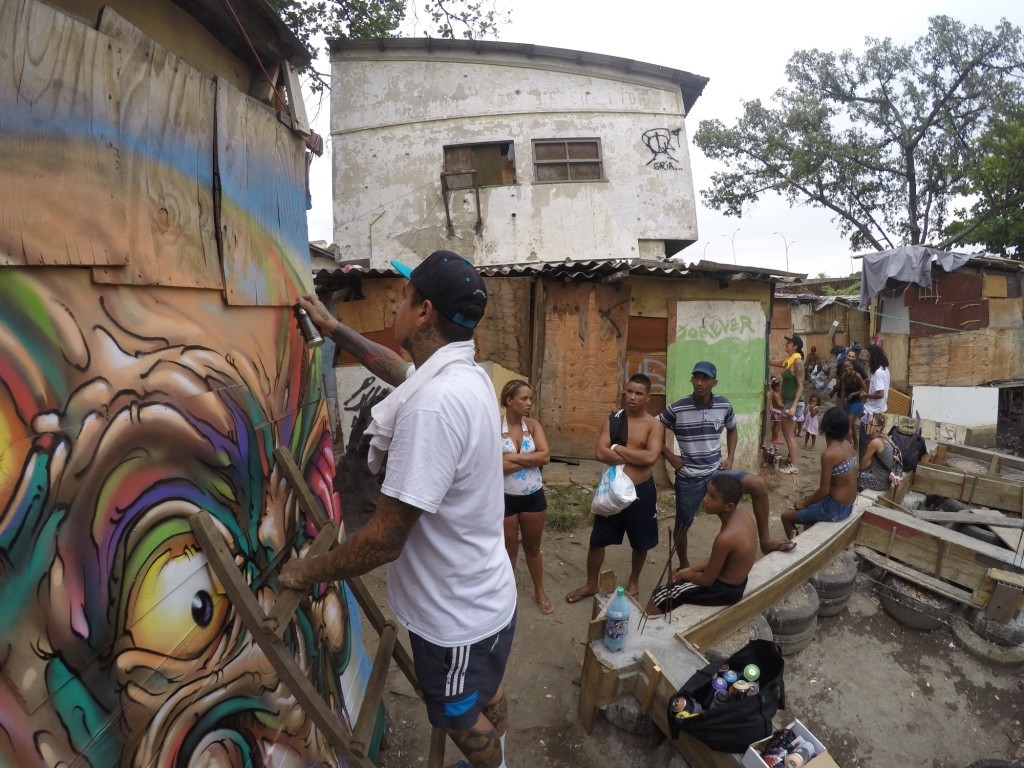 By using empathy over shock, Imagens do Povo’s photography contrasts with the dirty, violent and hopeless realities portrayed by mainstream media.

Jaguaribe argues that mainstream ‘shocking’ narratives are based on simplified assumptions and biases. Art theoretician Joseph Nechvetal highlights Ranciére’s argument that counter-narratives like those shown by Imagens do Povo are increasingly important today “to counter the effects of our age of simplification,” which result “from the glut of consumer-oriented entertainment messages and political propaganda which the mass media feeds us daily in the interests of corporate profit and governmental psychological manipulations.”

In the midst of significant transformations in Rio, such as the Pacifying Police Unit (UPP) program, World Cup, and the upcoming Olympics, Imagens do Povo photographers show that there’s no bigger mega-event than life itself. This approach aligns with Rancière’s politics of aesthetics, which demands “honor [be] conferred on the commonplace [by showing] symptoms of an epoch, a society, or a civilization in the minute details of ordinary life.” Photographer Francisco Valdean consistently looks for and captures the beauty in common scenes in favelas, as in this photo of children playing in Maré: 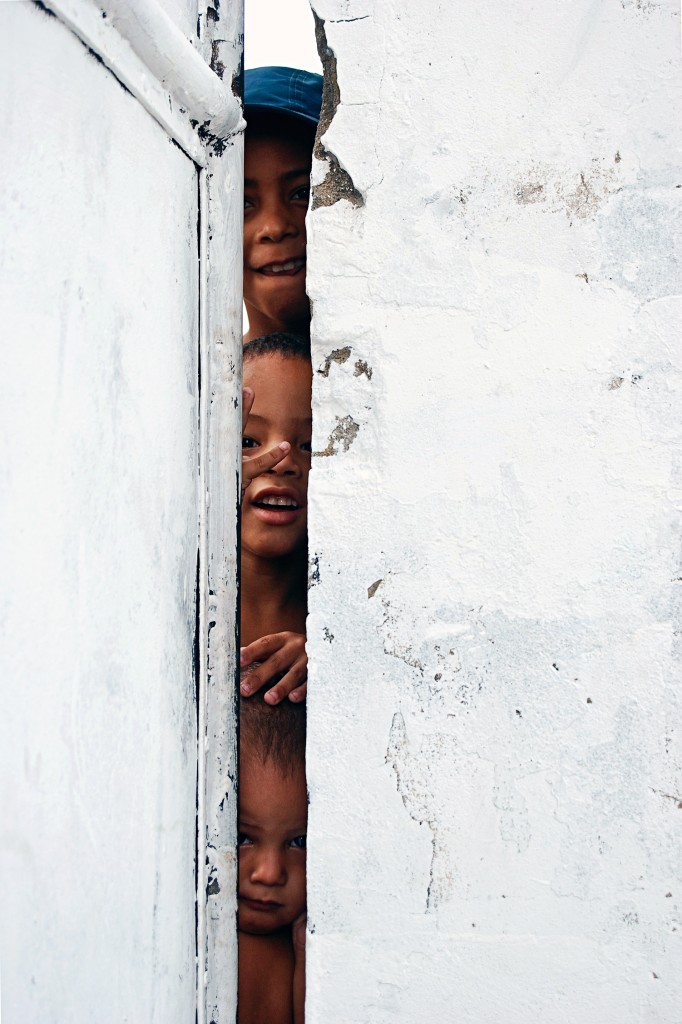 Imagens do Povo is dedicated to the process of honoring and revealing that Rancière outlines. Showing beauty, happiness and goodwill regardless of social or geographical adversities is the key to countering stigmatization. Thus, every Imagens do Povo photograph that contests the dominant portrayal and captures daily life is resisting oppression, while also strengthening identities and social ties.

In the words of former Imagens do Povo photographer Ratão Diniz, their work is “denouncing [oppression] through beauty, the beauty of favelas!” Indeed, the goal is to honor and preserve the pulsating life of favelas: such actions could ultimately be called at once acts of existence and acts of resistance.

The sentiment of balance and affirmation of beauty behind Imagens do Povo’s photography is reflected in Shane Koyczan’s spoken word poem, “To this day”:“Our lives will only ever always / continue to be / a balancing act / that has less to do with pain / and more to do with beauty.”