Since 2011, Museu de Favela has honored women who are considered “warrior women” in these favelas. “The women can be nominated by other community members, nominated by a MUF worker, or nominate themselves,” says Rita Santos, current manager of the project. Many women honored in the project possess incredible stories of resilience and endurance and are leaders in their communities. 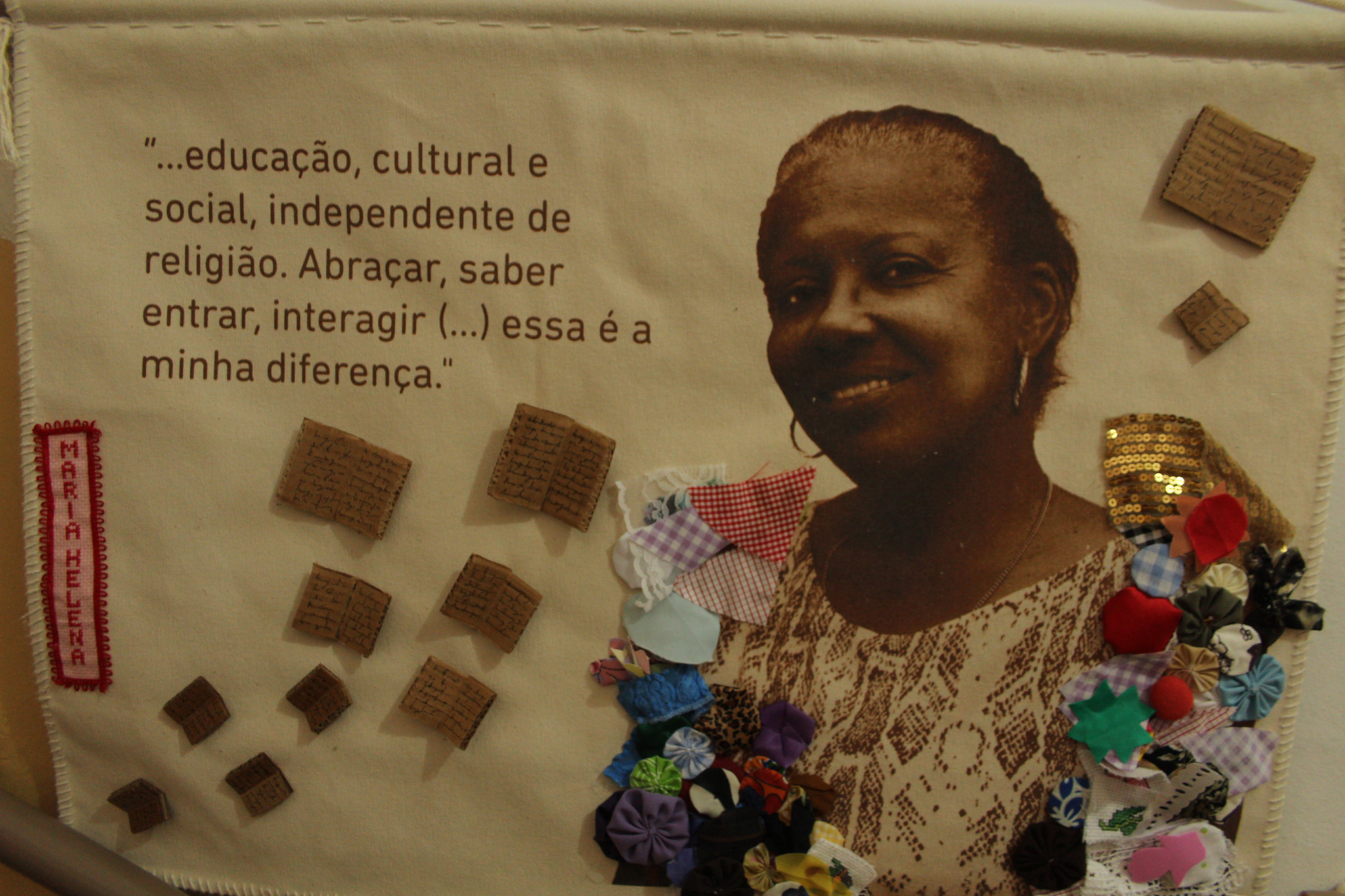 Maria Helena: “…education, cultural and social activities, regardless of religion. Embrace, know how to make an entrance, interact… that’s what makes me unique.”

Museu de Favela used the Women Warriors Project to honor women with a procession on International Women’s Day in March 7 of this year with artistic posters highlighting the story of each featured woman. 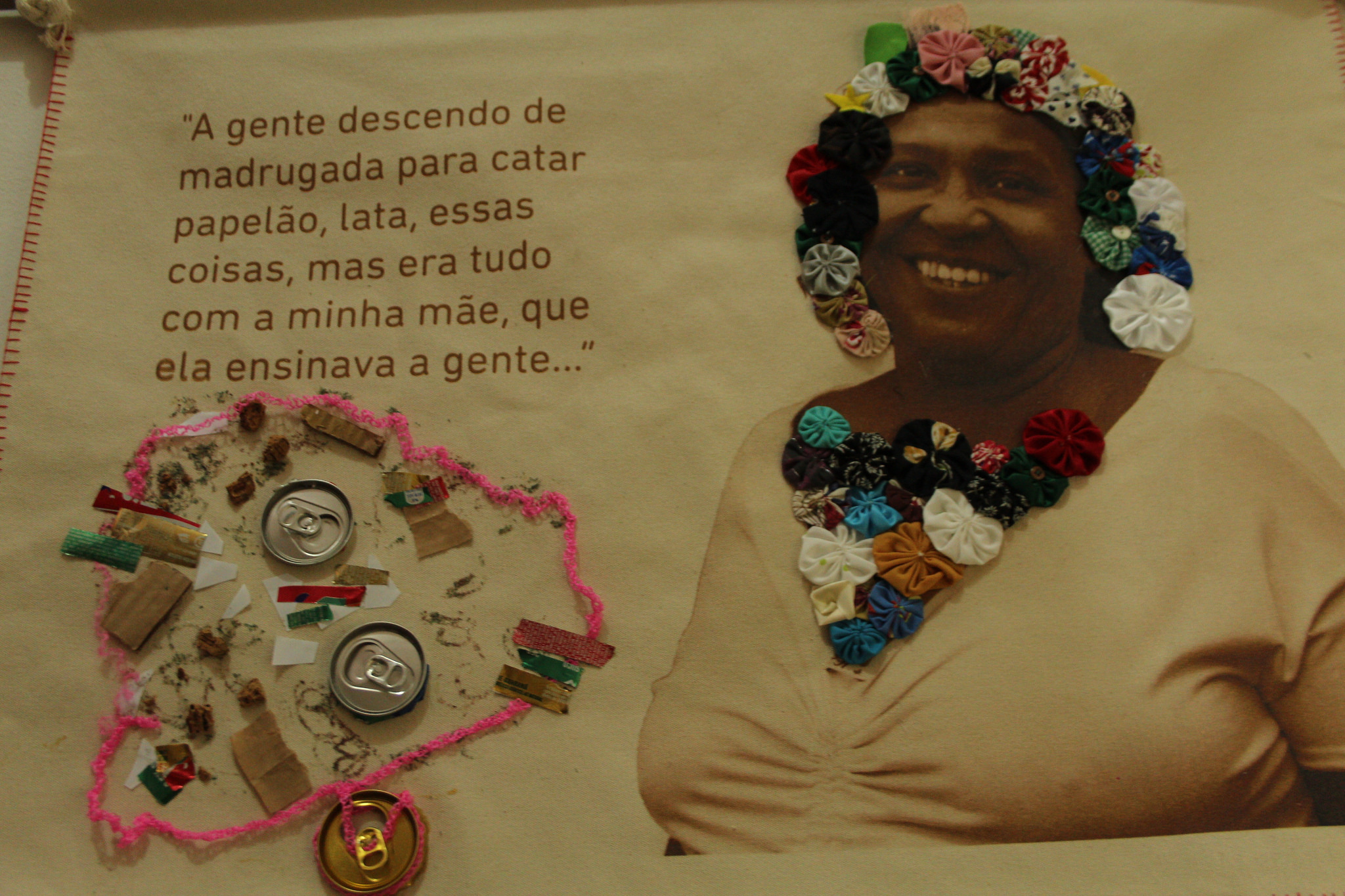 “We descended the hill at dawn to collect cardboard, tin, these kinds of things, but it was all with my mother, she taught us how.”

Now Museu de Favela has started a crowdfunding campaign, the first in the history of the museum, to raise funds to tour the exhibition across Brazil. They have received invitations to exhibit the project from all over Brazil, including museums in major cities like São Paulo, Belo Horizonte and Fortaleza. However, the host institutions do not have a budget available bring the exhibition to their audiences.

“Everyone loves the Women Warriors project. There are women warriors all over the world, in Mexico, in other countries…in Rio, in the suburbs,” said Rita Santos. “We want to take this exhibition to inspire other regions of Brazil and the world to exhibit their women warriors.”

The exhibition contains artwork with each woman’s story written on it and visitors can see the evolution of these works from the beginning of the project. The works tell the unique story of each woman, often featuring difficult moments they’ve had to overcome to be where they are today. 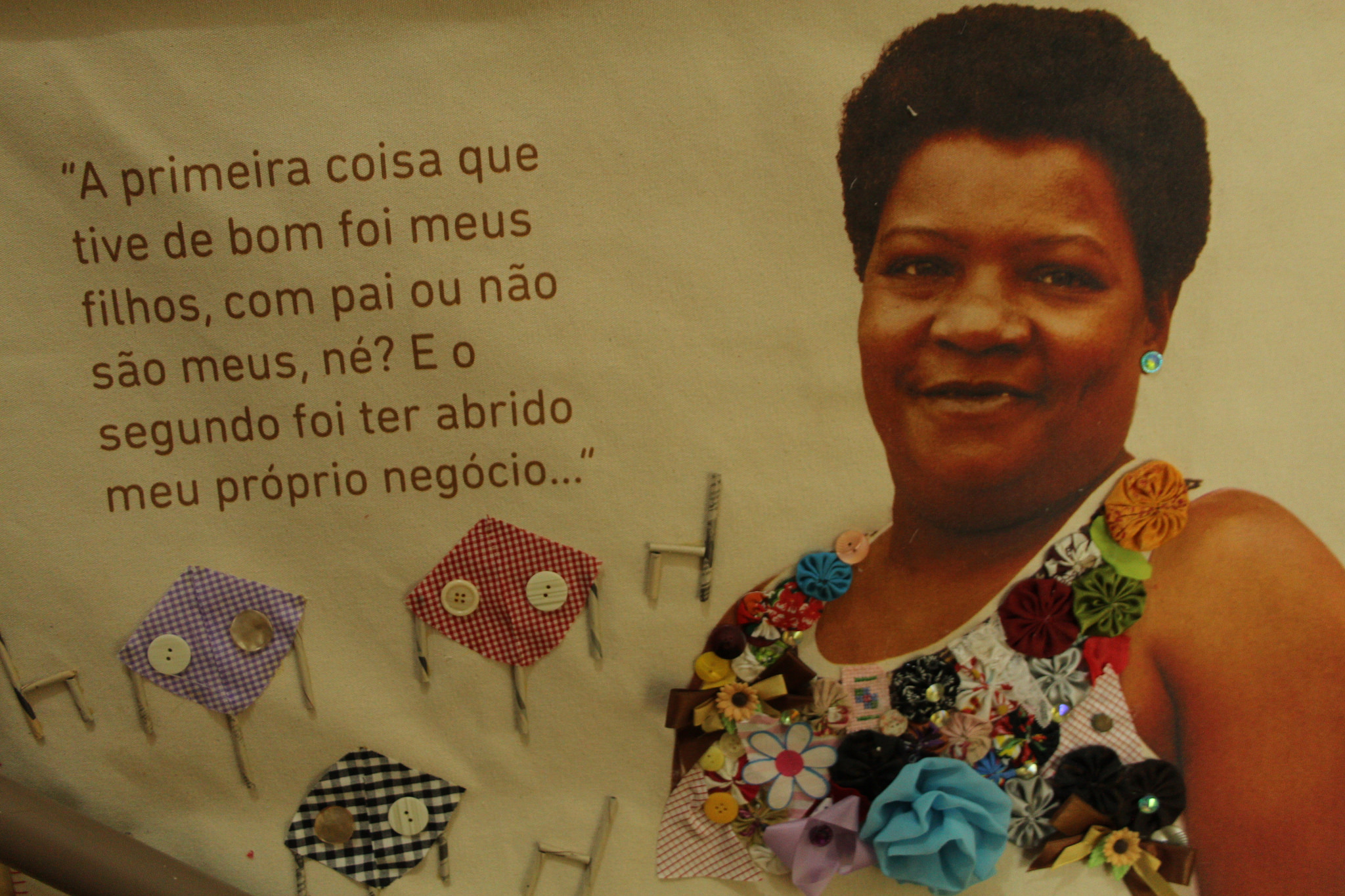 Rosimary: “The first good thing I had was my children. With or without a father they are still mine, right? And the second was opening my own business.”

Of the crowdfunding campaign Santos said: “We are not asking for a lot. We are just asking for baggage costs and airfare–with just that the exhibition will make its way across Brazil.”

The goal for this is R$31,350. However, if they do not reach their goal the funds will be directed to maintaining the Women Warriors project and other MUF activities.

Ruth Batres, a student from UCLA who is assisting Santos, called on people to donate: “We have the power to help the MUF expand their network allowing them to share these amazing stories with many more people.” There are a range of gifts available to donors, including postcards, calendars and books. The campaign is set to end December 7.

To donate to the project and for more information (in Portuguese) click here. For those requiring an English interface, Catalytic Communities, the US 501[c][3] nonprofit that runs RioOnWatch, can also act as fiscal sponsor for those who would like to make a US tax-deductible donation in English here. You may follow up at donate@catcomm.org confirming your donation is earmarked for “MUF Women Warriors.”

This article was written by Aldair Arriola-Gomez, and published on November 30, 2015.
in by International Observers, Favela Culture, Favela Qualities, Opportunities to Support Favelas