The short film Here is My Place begins with a common refrain: there are two Rio de Janeiros. There’s the Rio of “beaches, samba, Carnival and beautiful women,” and the “less glamorous” Rio of the favelas and suburbs, which are often stigmatized as impoverished, crime-stricken and violent. But as the women in the film look after their children, prepare their baked goods to sell, and sing their joys and sorrows, it becomes apparent that theirs is not a tale of two cities, but of one Rio where you can never be sure if the water will run, where your children go to school for only four hours a day, where you have to show up to the prison early in order to get on the visitors’ list so you can see your son. To adapt to such a city, women come together to share ideas and skills to help them earn money for their families.

The 25 minute documentary by US filmmaker Sarah Garrahan offers a glimpse into the lives of five women who live in the Complexo da Mangueirinha favela in Duque de Caxias, a suburb of Greater Rio in the region known as the Baixada Fluminense.

Clientelism, poor public services and infrastructure, violence, and a perceived rural backwardsness characterize the Baixada in the eyes of those from Rio proper. These women live in the periphery of the periphery, or as Vitória puts it: “We are living in a war zone because every day that a mother leaves to take her kids to school, she leaves with a pain in her heart. She doesn’t know if there will be gunshots, or if traffickers will invade her home or police abuse their power.”

Jaidete tells how she used to scavenge food for her family at the now defunct Gramacho landfill. Adriana speaks to the discrepancies in the criminal justice system that treats corrupt politicians like guests in a hotel while petty thieves are punished with the full force of the law. Viviane questions the confines of her role as a woman in light of Brazilian sexism. Jane Cler laments the difficulties that mothers face when trying to balance work and family in underserved communities. Vitória explains the racism that threatens the lives of young, black Brazilians.

Because they know that they are stigmatized and marginalized by a city in which “many people are above you and don’t let you advance,” the women are proud of the collective spirit present in the favela. As Adriana says, “I don’t think about getting rich, having tons of money. Because when you live in a community and you’re poor, you want to share. ” Early on in the film, Jaidete agrees: “If I were to choose between the favela and Rio, I would prefer the favela because you feel more welcome.”

The title of the film “Here is My Place” emphasizes this sense of welcome, and comes from a Roberto Carlos song, “O Portão” (The Gate) that Jane Cler sings while preparing food with other women. 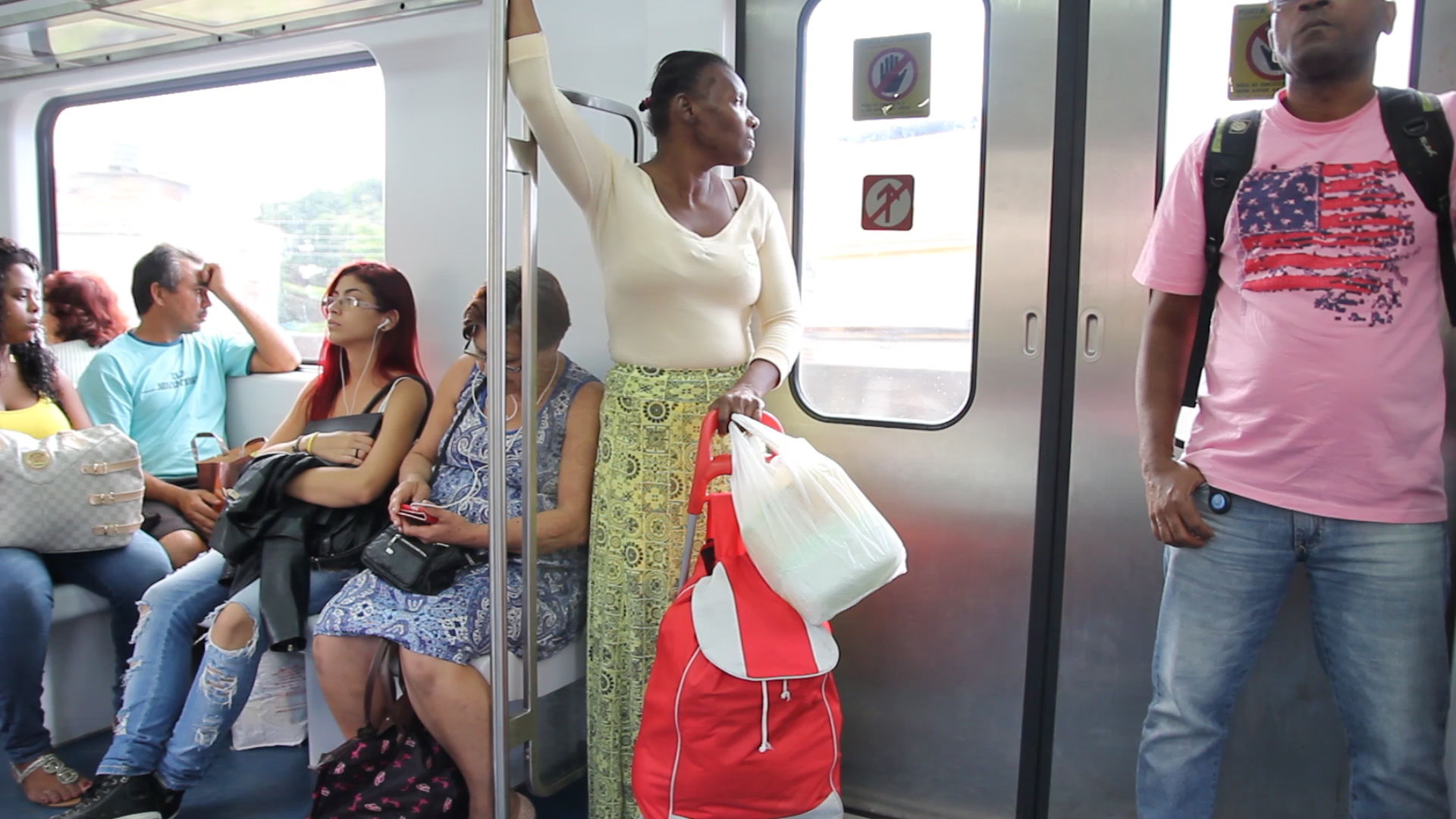 The baking and skill-share collectives that the women participate in are supported by the Programa Raizes Locais (Local Roots Program), a community-based project run by Associação Brasileira Terra dos Homens (ABTH).

ABTH, a children and family advocacy NGO, has operated in Mangueirinha since 2007 after a study revealed that a large number of the street children in Rio came from the community. Programa Raizes Locais offers theater and capoeira classes for children, counseling for pregnant women, and recently began supporting the formation of a women’s baking cooperative called Mangarfo (a combination of Mangueirinha and garfo, Portuguese for “fork”). Garrahan worked with Programa Raizes Locais in 2015 as part of a Felsman Fellowship on Children in Adversity through Duke University after completing her MFA in Experimental and Documentary Arts. 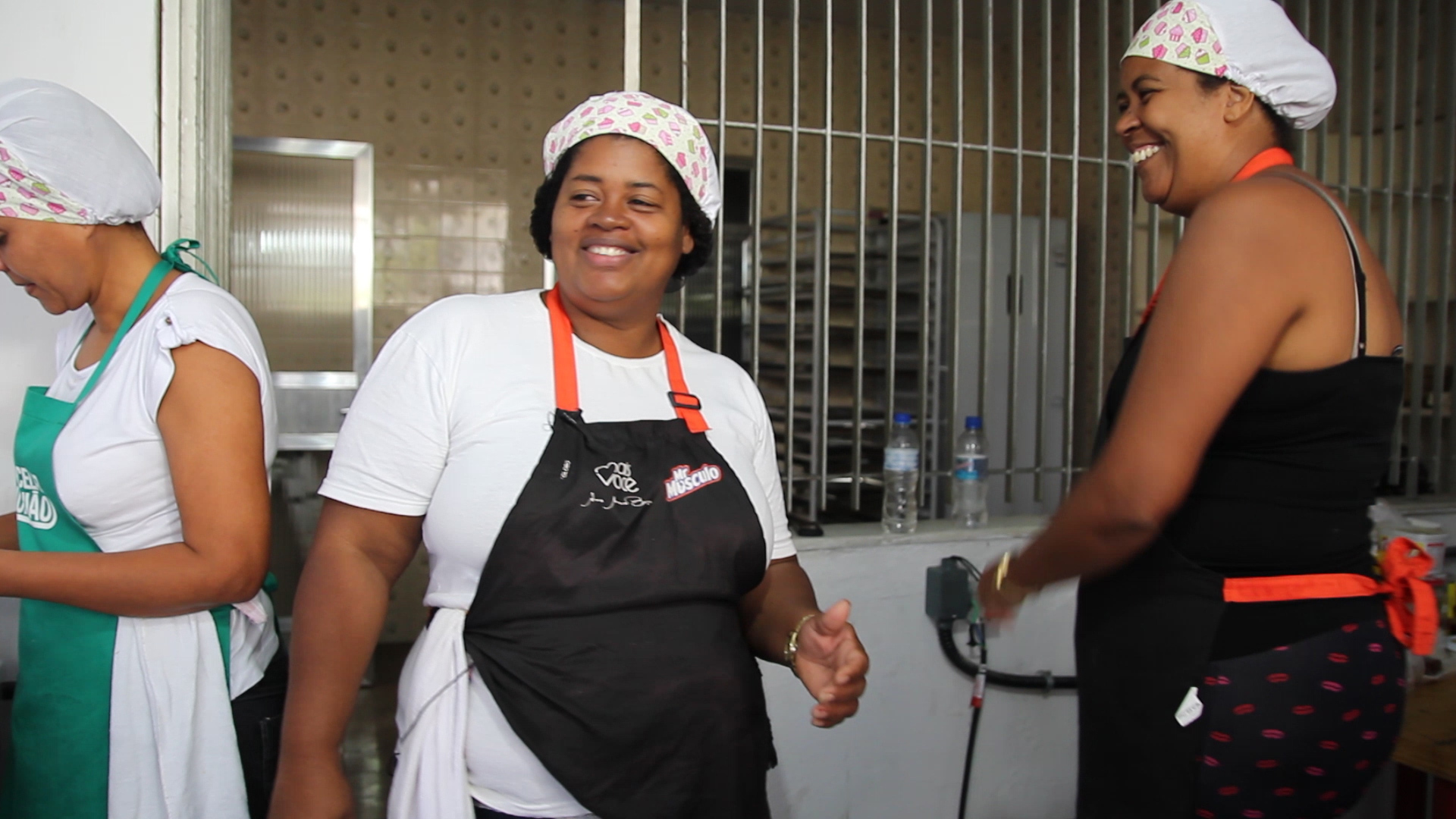 According to Jane Cler, her baking business has allowed her time to earn a living while also caring for her family: “As we know, we live in a community and it isn’t always easy to raise kids. So if I went out to work, I would be away from home and my family life. So I preferred to start my own business, so I could divide work, home, and family.”

Viviane highlights the importance of working collectively: “I’m not like ‘I’m not going to teach you because I want to make money.’ If the person is in need, I teach. It’s always an exchange. You teach and you learn.”

The film features comments from Luciano and Beth of Programa Raizes Locais, however Garrahan presents the women as the experts, sharing their own experiences of racism, sexism, and favela stigmatization.

Adriana clearly articulates both the disadvantages the women face and their own ability to overcome hardships: “We are already discriminated against for being poor, for being black. But if we allow that into our lives, we aren’t going to move forward.”

The film is a rare invitation into the life of women in the favelas on Rio’s outer periphery. But if you’d like to get to know them better just take Jane Cler up on her offer: “[People] think we don’t have lives. But I’d like to invite everyone to come and get to know us a bit, our world, which is going to be very fun. Everyone that comes here loves it. Then they will see with a new perspective… Here we have hard-working people, warriors who get up early, who leave in search of food to feed their families. Women warriors who work to support the family, who take care of work, the house, the kids, the husband, the grandchildren.”