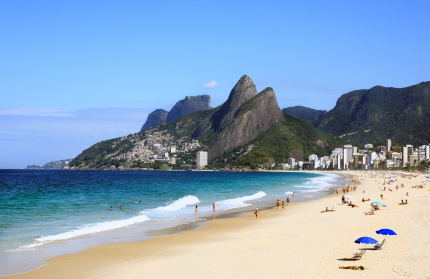 Vidigal overlooking the ocean – residents will be receiving title within 3 years. Rumor has it speculators wait in the wings to purchase homes. A land tenure model like CLT should be considered.

Of all the winds of change blowing through Rio these days, perhaps the strongest gusts are at the backs of those in the real estate industry. Since 2008, average rents on housing have doubled citywide; sales prices have climbed even more sharply; and in some of the most exclusive neighborhoods, such as Gávea, home values have nearly tripled. Earlier this year, Forbes magazine announced that prime office space in Rio is now pricier than in Manhattan. And with favela pacification, O Globo has reported that perceived improvements to security have resulted in housing prices spiking virtually overnight. Predictably, a resurgent demand for property, combined with mega-event preparations and a pro-development mayor, has led to Rio’s latest speculative construction boom.

To the industry’s magnates, mavens, and middlemen, a bull market in real estate is welcome news indeed. Even some property owners in the informal sector have profited handsomely, and, now more than ever, buildings in favelas and their underlying land are looked upon with olhos grandes – wide-open eyes with dollar signs in them. But as the vast majority of cariocas lacks the means to benefit from this bonanza, housing inflation imposes hardships on those already struggling to make ends meet in a city whose cost of living rivals major urban centers in North America and Europe. 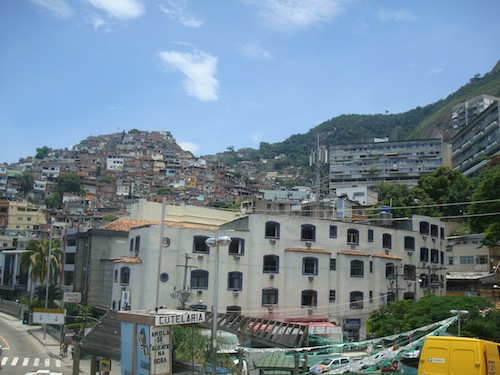 Few stop to consider the price that Rio’s increasing exclusivity exacts, not just on the poor, but on the health and character of the city as a whole. Like any city, Rio is powered by its working class: its cab drivers, its food service employees, its street cleaners. Forcing these workers to relocate to the only affordable neighborhoods far on the urban periphery uproots important social ties, lengthens commutes, and makes the workings of the city less efficient and reliable. Because a huge part of the artistic and cultural identity of the city is generated by those who earn, in monetary terms, a meager living, lack of affordability eliminates the human elements of what made Rio the seductive place it is today.

Successful urban centers around the world recognize the importance of socioeconomic diversity and have worked to preserve and advance housing equity through various legal mechanisms and policy tools. Many of these measures have been prompted by the uniquely disruptive effects of land speculation and the natural boom-bust cycles of property markets. In Singapore, a notable standout in its level of state intervention, most of the city-state’s housing is planned, developed, and regulated by the government, which micromanages home ownership and social integration as explicit national policy objectives. In Amsterdam, most urban land is also owned by the state, which softens the lurching effects of real estate speculation.

Brazil has recently begun to dabble in state-based interventions. Minha Casa Minha Vida, the largest, is a federal program aimed at expanding the nation’s affordable housing supply, though in Rio it is associated with low-quality housing for evictees. And in Rio, Morar Carioca, now in the beginning phase of implementation, is a multi-billion-real program to leverage the existing housing stock in informal communities by delivering services and livability upgrades to those communities. But observing how the public-private partnerships created to execute these programs often suffer from waste, corruption, or lack of political commitment, many Brazilians are skeptical of state-led attempts to deliver affordable housing effectively. In such an environment, community-based solutions may represent an important piece of the puzzle to finally realizing the constitutional right all Brazilians have to decent housing.

One community-based mechanism gaining ground in the United States is the community land trust (CLT) model. While the exact structure of these trusts varies among the hundreds of CLTs in the U.S., the basic idea is the same: a non-profit corporation is created whose purpose is to own and manage – forever – the land upon which a community resides. While individual households can own and build housing or other structures through a lease arrangement, the land itself is meant to remain under trusteeship, and is thus shielded from the vagaries of the private market. CLTs are “place-based” – that is, they are defined by a certain neighborhood-scale geography whose boundaries can expand over time. And most CLTs, hewing to their mission to promote housing affordability, regulate resale prices on dwellings. This oversight function is meant to give building owners a fair return on their investment while avoiding the drastic swings in property values that trigger cycles of neighborhood gentrification and blight. 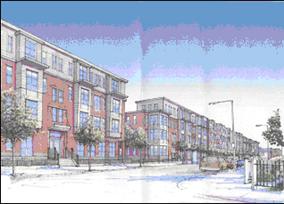 A particularly innovative community-based corporation that manages a land trust is the Dudley Street Neighborhood Initiative (DSNI) in Boston, Massachusetts. Originally formed to contend with neighborhood decay – a product of widespread vacancy and urban neglect in this majority African-American community – DSNI has in the past few decades transformed over half of the 1300 vacant parcels it has acquired into permanently affordable housing units. Through the notorious peaks and valleys of an American system heavily reliant on private financing, DSNI has steadily expanded its footprint and its contribution to affordable housing in one of the most expensive markets in the United States. In fact, it is the only community group in the U.S. with legal authority to exercise the power of eminent domain for assembling land parcels for development.

While CLTs are most frequently found in the United States, they are beginning to gain ground in other parts of the world, such as Kenya, a nation with an existing cultural tradition of communal land ownership. Brazil, too, enjoys collectivist traditions in its informal communities, such as the mutirão, where community members band together to build private homes and public facilities, and Quilombos, settlements where descendants of freed slaves were given communal title. Such practices, having promoted cooperation and a common standard of living in environments of extreme scarcity and insecurity, have declined with increased capitalization and tenure security in those communities. 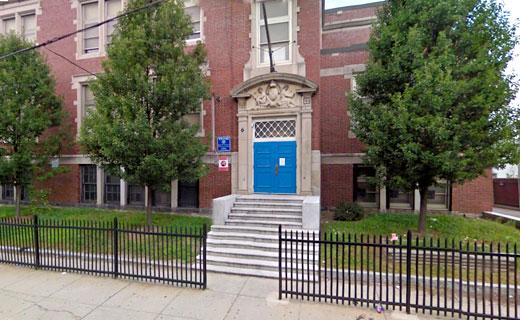 Without a doubt, some of Rio’s favela residents will draw immeasurable benefits from expanded issuance of title deeds and the property markets they access. But subjecting these communities to the unbridled forces of the market threatens to transform them into yet more urban territory affordable only to the middle and upper classes, particularly in the hillside neighborhoods nestled in Rio’s elite South Zone. In such an environment, the use of community land trusts offers several advantages: it strikes a balance between private and collective ownership; it serves as a bulwark against the polarizing forces of gentrification; and the social cohesion it engenders can pave the way for other social initiatives. Boston’s DSNI, for example, has branched out into workforce training and will soon open a village campus dedicated to learning, child care and other social services.

The adoption of a community-based tenure program could prove extremely effective in Rio. A community land trust model developed for Rio’s favelas could bring with it the empowerment of land tenure without the trappings of individual title that destroy community fabric and risk forcing the majority of favela residents to the fringes of the urban fabric.

This article was written by Jake Cummings, and published on March 16, 2012.
in #GentrificationWatch, by International Observers, Policies, Research & Analysis, Solutions