Thirty years ago, in consolidated democracies, there was a moment of opposition from two systemic ideologies, which cooled with the end of the Cold War in 1989. Today, almost 30 years later, an identified and satirized tendency on social networks in Brazil expresses a moment of fierce anger, in which those who identify with the Left collide with the Right, often breaking friendship ties. 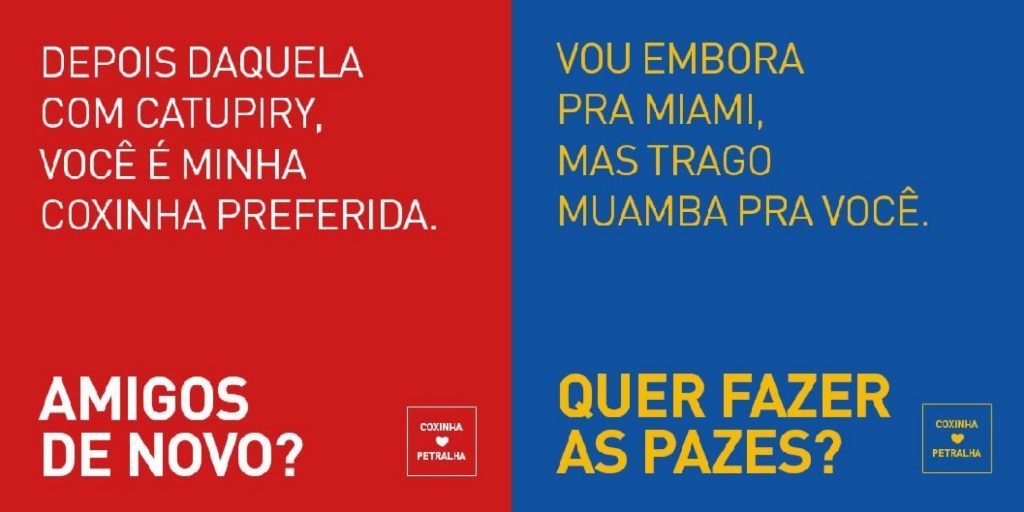 “After the one with cream cheese, you’re my favorite coxinha. Friends again?” “I’m going to Miami but I’ll bring back a souvenir for you. Let’s make up?” Meme on political divisions among friends in Brazil

There is a simplification in that if you are on the Right, you are automatically in favor of President Dilma Rousseff’s impeachment and are therefore pejoratively called a “coxinha” in allusion to a snack associated with rich playboys. The prevailing image is that you value the preservation of a favorable exchange rate on the dollar more than maintaining social benefits for the poor and you probably travel to Miami to shop and boast about it.

If you are a leftist, you are automatically a communist or socialist, you automatically consider impeachment a coup and you are pejoratively called a “petralha” in allusion to the Workers Party (PT), or “mortadella” alluding to mortadella sandwiches, a snack which is considered more popular among the masses than the coxinha and which has been offered to people who protested against the impeachment. Hence it is only a hop to define you as a social sciences student, striker or a bum.

This polarization spread and also affected the municipal elections. In Rio de Janeiro, more than proposals, many people evaluated political projects identified with the “Left” or the “Right,” even though the political projects had nothing to do with the sphere of municipal operations. The leftist party and its candidate, Marcelo Freixo, were negatively associated with Dilma’s PT party for its position on the political spectrum, even though the PT supported the right-wing candidate Marcelo Crivella in the 2014 gubernatorial elections. Exchanges of mostly unfounded or exaggerated accusations was the norm between candidates and their supporters.

But is this clash necessarily bad?

Political identity is, like any other identity, built relationally. This means that it depends on the creation of an external, complementary difference because it represents an opposite. The existence of one depends on the other. That is, there is only the Left because the Right, which is not included within the identity of “Left,” exists. In the same way, the Left represents what the Right does not represent. Moreover, like any other identity, one ends up being hierarchical in relation to another. This creates the perfect space for the act of antagonism.

Chantal Mouffe, a Belgian political scientist, believes that antagonism is the starting point of democracy and not its threat. For her, democracy does not involve a good rational consensus for everyone, nor is it a compromise between the parties to secure interests, but it is a clash of political positions. Politics is therefore an environment of discussion and decision, and not necessarily of consensus. Democratic politics rarely brings about consensus, since to reach consensus, the contrary position needs to be eradicated. This means that people do not need to reach agreement.

For Mouffe, the key is to reconfigure this clash, to reshape this opposition of us/them, so that enemies become opponents and a situation of antagonism gives rise to what she calls agonism. In a legitimate political conflict, the parties cannot treat the other as the one that must be eradicated, as that would put an end to democratic politics. Nor can they be treated as competitors with which they negotiate or deliberate, as it is impossible to reconcile their existing hegemonic projects and this would eliminate the difference. In a political conflict, the conflicting parties see no solution to their divergence, but recognize that the other side is legitimate and that they have links to each other.

This is where democracy comes in: it exists, ideally, to turn enemies into political opponents. This is done through democratic institutions and practices agreed upon among the adversaries that regulate the conflict. For example, we accept the result of a vote not because we agree with the winning position, but because we were defeated in a mechanism designed to regulate the clash.

Conflict cannot, therefore, mean the end of political association. Nor should we try to eliminate it. If we want to preserve democratic politics, right-wing and left-wing must recognize each other as legitimate political agents and their demands as legitimate demands, without abandoning their own political projects. In Brazil, this has recently become a challenge for both sides of the political spectrum, since we often disqualify the other side, albeit involuntarily, just because they do not espouse the same ideals as us. We ridicule their priorities. We underestimate their intelligence. We long for their silence. We preach their end. This only demonstrates our own lack of preparation for debate and highlights our inability to see that we share the same space and the same frameworks.

What about the abstainers? 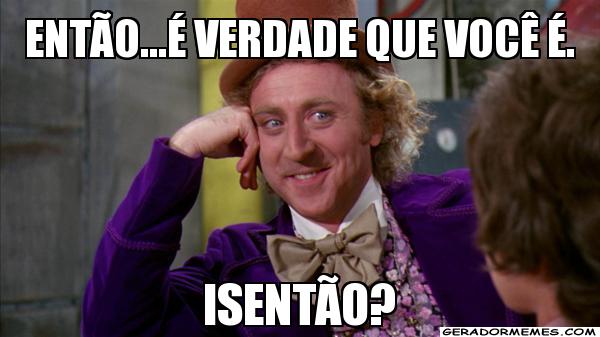 “So… It’s true that you’re an abstainer?”

The Brazilian Internet baptized as “isentões” those who are indifferent and prefer not to comment on politics, but in practice the concept ends up extending to those who do not consider themselves Right or Left on the political spectrum. The problem with this concept is to assume that there is a sphere beyond the political, as if an apolitical existence were possible. Mouffe would disagree: for her, the world needs to be seen as political. Politics is not intended for experts; every choice between antagonistic forces in everyday life is political. Politics cannot be technical, much less neutral. The abstainers are conducting politics in their day to day life and they want to deny it.

The abandonment of this indifference requires the construction of political identities that mobilize people’s passions, which give meaning to their experiences and hopes for the future. Mouffe believes that political opposition must be strong enough to mobilize such passions, otherwise our passions will be channeled and expressed through more fundamental, and therefore less debatable, forms of identification. This would be the case of a religious and moral identification, as is often the case in Brazil, or even an ethnic and nationalist kind.

These forms of identification are more dangerous than political identification because they are not negotiable and thus border on the antagonism that Mouffe criticizes, opening up space for intolerance and attempts at delegitimization and eradication. It is very easy to define our identity in religious or moral terms and, in so doing, to define others, those who are different from us, as essentially evil, faithless, or immoral. It is very easy, in such cases, to mobilize arguments that convince through emotion that others have no legitimacy. It is therefore necessary that indifference is not merely shallowly abandoned, in the form of an antagonistic polarization, and that passions mobilize political positions, not moral or religious positions.

This article was written by Luisa Fenizola, and published on November 14, 2016.
Translation provided by Adam Lee. in #ParticipationWatch, *Highlight, Research & Analysis, Understanding Rio