The ReciclAção or RecyclAction program began in 2013 in the Morro dos Prazeres favela at the very top of the Santa Teresa neighborhood to engage residents through environmental education with recycling in order to build awareness of and improve the community’s environment.

PROA broadly focuses on health issues, including preventing the spread of sexually transmitted diseases and sensitizing the community to health through education. As one of PROA’s initiatives, ReciclAção naturally also focuses on people’s physical wellbeing. It arose from the need to deal with the accumulation of uncollected garbage around the favela. Uncollected trash led to the 2010 tragedy in which a landslide caused in part by accumulated debris on the hill, killed more than 30 people and damaged structures. Members of the community decided to take action to prevent this from happening again. In 2011, a coalition of activist groups, NGOs including UNICEF and CEDAPS, and young residents of the community started an initiative to map the presence and risks of trash deposits in a set of ten favelas.

From that experience, a group of 25 youth from Prazeres decided they needed to start an initiative to raise awareness about trash, focusing on its production, its risks, and how to dispose of it. While searching for inspiration they realized it was hard to find organizations working with environmental education. All the organizations they encountered were dealing with the collection of trash and cleaning to improve sanitation, curing only the effects of the accumulation of garbage rather than working on its underlying cause—limited environmental awareness. 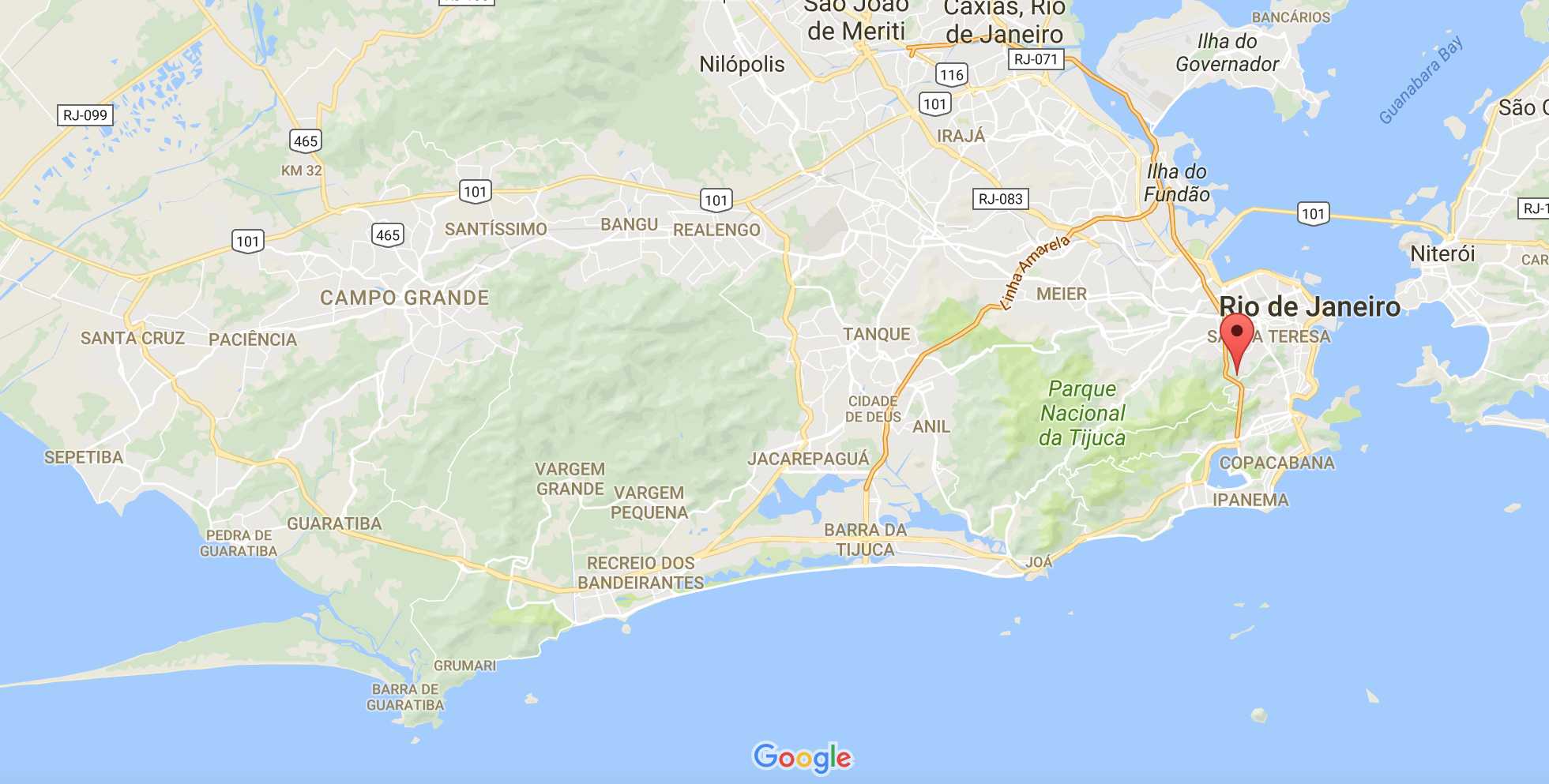 From this discovery, Prazeres resident Cris dos Prazeres explains that the group of young residents arrived at “the idea of working with education with a new approach, thinking about the people living [in the community] rather than at an abstract general level. Thinking about the social power, building something that was from within the favela… and looking at all the challenges of the urban environment [there].”

As one of the founders of ReciclAção, she defines the initiative as “a social technology that orients human beings towards a different, more conscious way of seeing the environment, always from within [the favela] to the outside.” With education as their primary activity, the ReciclAção team strives to raise people’s awareness of being an active part of the environment surrounding them, and to build incentives to take care of it as something that belongs to them. 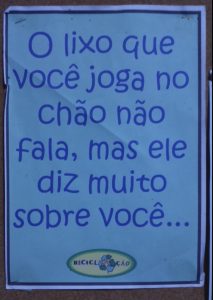 Since its founding, ReciclAção has organized meetings, public talks, and open coffee mornings in public spaces in Prazeres to discuss ideas, challenges, and next steps. It also distributes flyers with educational or positive messages around the community, like the one pictured to the right which reads: “The trash you throw on the ground doesn’t talk, but it says a lot about you!”

The initiative’s three-pronged approach to dealing with waste is based on the three R’s: reducing, reusing and recycling. The team set up forty eco-bags at “eco points” around the favela for residents to throw away their trash. The huge eco-bags are emptied daily and the contents are separated into recyclable and non-recyclable materials each to be sent to the right destination. ReciclAção also holds workshops for people to learn how to repurpose materials by transforming them into objects that they can then sell or use rather than throwing them away, and thus adding a second life to the product. Participants in the workshops learn it is possible to save and even earn money from these activities. 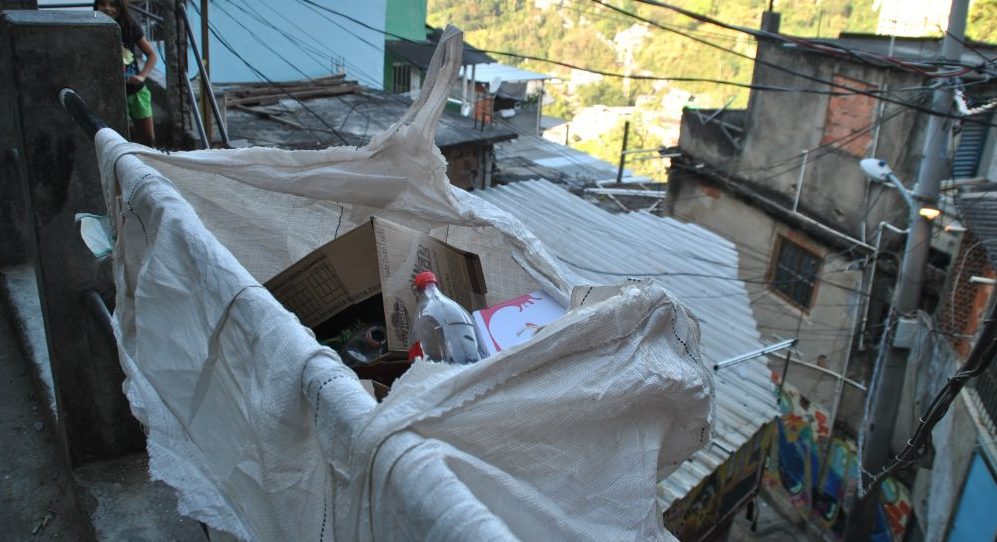 Another member of the team, Orlando Dato, recalls that in ReciclAção’s early days residents would see the participating youth running tirelessly up and down the favela picking up trash, cleaning up the place all day long. This enthusiasm and belief in change eventually influenced other community members, who slowly but naturally started contributing and throwing their waste into the ecobags. Cris dos Prazeres explains: “You have to set the example, you have to show people that you believe in this and that they too can believe in it.”

In addition to leading by example, however, the team also leads direct educational initiatives, teaching in schools to instill environmental consciousness in daily habits from childhood. They started educational programs in schools around the city and have collaborated with universities, even abroad in the United States. Through education they challenge apathetic tendencies. Team members reflected that the government’s apparent lack of care for sanitation and environmental health in favelas has been adopted by some favela residents who don’t see the value of caring about their collective living spaces themselves. Therefore, ReciclAção works to build a relationship between residents and the spaces surrounding them, to encourage them to consider those spaces their own and worthy of value. Dato explains that “the knowledge that ReciclAção shares is to create a change, and this is why ReciclAção is not just a project but a durable program, because a project has a limited timeframe, while this change has to be forever.” 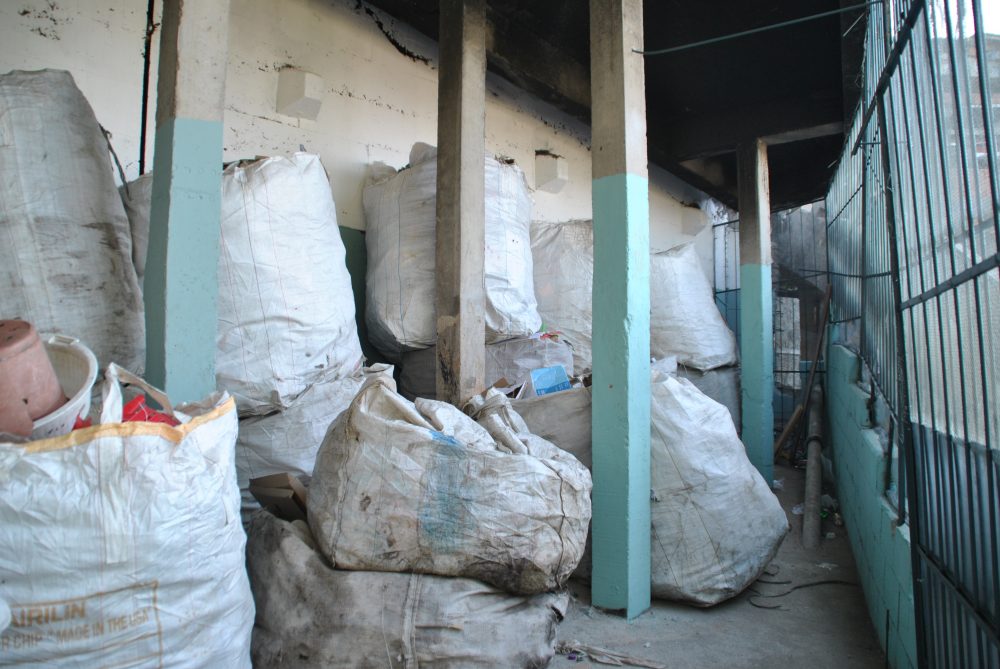 Today ReciclAção counts on three coordinators: two educators and one administrator. They manage to collect materials from the 40 ecobags around the favela and send more than 1.5 tons of material per week to recycle. They removed 140 tons of trash from an accumulation point that today has became a garden with medicinal plants, a point of pride for the community. A number of women from the neighborhood have approached the initiative asking how to repurpose material and requesting to participate in ReciclAção workshops to produce objects to sell in markets. Members of the ReciclAção team feel proud to say they’ve brought about a social change within the favela, suggesting that today more than ever, people care for their homes and collective living spaces, and cultivate plants on their windows. They suggest people are more aware of how caring for the environment can have a positive effect on the rest of their lives.

ReciclAção has faced many challenges over the years, among which is an ongoing risk of violence. Cris dos Prazeres says that in 2015 a publication had declared Prazeres the cleanest favela in Rio de Janeiro, but due to the recent rise in violence and shootings in the community in 2015 and 2016, clean-up operations became more difficult. She reflects, however, that “even though everything stopped working during this violent period, residents still put their trash in the ecobags, so ReciclAção kept working, showing its value for the community.”

Another challenge is the program’s financial sustainability. Currently the salaries of those working in the initiative are paid by the BRF Institute—the corporate social responsibility arm of the global BRF food company—and they receive support through other partnerships as well. The objective is to reach financial sustainability in 2018. 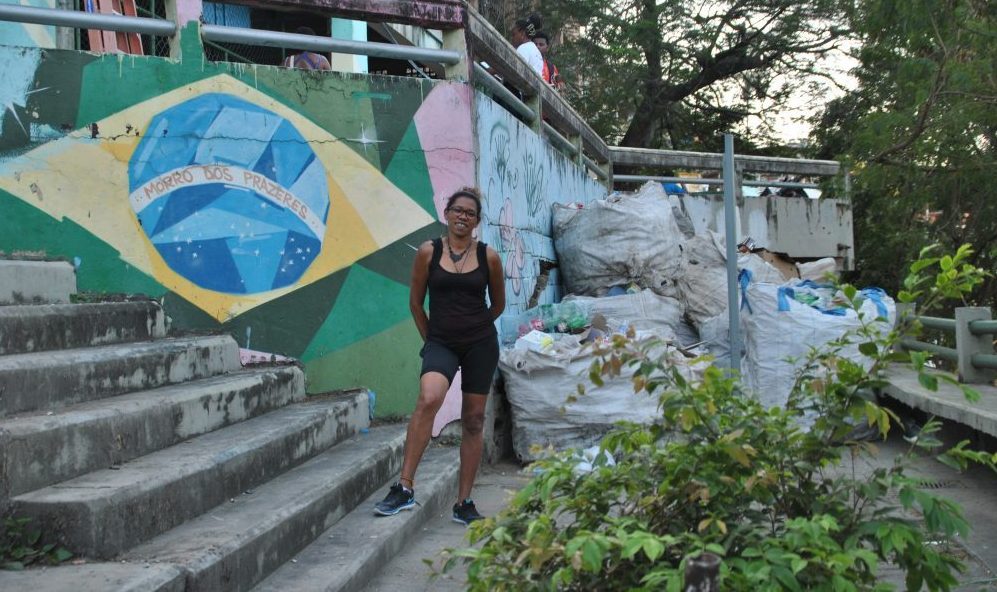 Cris dos Prazeres and Orlando Dato say they are “completely positive about the successes and the future development of ReciclAção.” For them, ReciclAção is achieving the social change they want to bring about, and they can see their work being appreciated and taken to heart by younger people they’ve influenced. They both also work actively in other projects in the community. Dos Prazeres is a member of PROA among other initiatives and Dato is president of the Residents’ Association, in addition to working as a sports instructor. Dos Prazeres says ReciclAção changed her life, not only in the public sphere, but in her own house as well. She says that “now I waste less water in my house, save money, and have plants on my doorsteps.” And seeing the achievements of ReciclAção makes both leaders optimistic that more and more people will understand the importance of environmental education and engage in promoting it.

*ReciclAção is one of over 100 community projects mapped by Catalytic Communities (CatComm), the organization that publishes RioOnWatch, as part of our parallel ‘Sustainable Favela Network‘ program launched in 2017 to recognize, support, strengthen and expand on the sustainable qualities and community movements inherent to Rio de Janeiro’s favela communities.