It was June 2014, the Brazil-Cameroon World Cup game was on in a restaurant in upscale Gávea in Rio de Janeiro’s South Zone. Kelson Succi, a black resident of Complexo do Alemão in the North Zone, sat at a table watching the game with friends. At this time, as he himself says, he was still seen as the “sophisticated neguinho” or as the “domesticated black man,” because he still felt the need to fit into the “white box.” It was then that, following a moment of exhaustion with Brazil and with the commercial moment of the World Cup, he decided to cheer for Cameroon.

“That unhappy idea I had, to cheer for Cameroon in the middle of the Nobrello [bar]… Cameroon scored a goal and I shouted ‘Cameroon!’ I did this. And a blond white older woman got up and started to yell a series of racist things… she shot out a series of extremely racist comments. It was in that moment that I discovered that I was really black. That was the big moment in my life. That day changed my life.”

Succi, 24 years old and an actor, did a technical audiovisual course through NGO Spectacalu and won a scholarship to the O Tablado theater, where he started to study theater and to act. Beyond this, last year he was selected to take part in an artistic residency in London, an experience that was important for constructing his project, “Careful with Neguin!”, in which neguin or neguinho refers to a young black person. 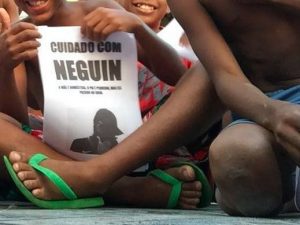 The project started with the need to grow as an artist, putting himself on stages and in spaces as a black favela resident. From there he started to elaborate his first intervention: a wheatpaste poster on which he wrote in clear big letters, “CAREFUL WITH NEGUIN,” to trigger passers-by’s first reactions, drawing on the social imaginary that these words spark when put together. However beneath the emphasized phrase lay another, which left the intention of his intervention clear: “Careful with neguin, he is indeed the bomb.” Or “Careful with neguin, he got into university.” Succi made it clear that “it wasn’t about the neguinho [who] is going to rob you.”

After that, he decided to take this to the stage as an actor, building theatrical performances based on his life experiences as a black body in the city. His first performance was called “Stray Bullet Journey” and explored the need to speak about what it is like for the black body to move and occupy spaces.

“[The performance] tries to show that we would love to talk about other things, not only about statistics or about how much difficulty we go through just strolling through the city. But for us to come and talk about things that are routine for other people, we have this stroll we have to talk about. We can talk about this, but we have all this baggage, which is our daily stroll,” explains Succi.

Following that experience, Succi dove into the process of perceiving his daily experiences sensitively, writing about them and constructing his performances, perfecting them as an actor. His art is political and has the objective of denaturalizing daily racism—confronting reality, questioning, and assuming the role of an agent of transformation that also transforms through the artistic process. The events and the struggles of his life turned into fuel for his creative power. His working material is his body in the world. And not only his, but the bodies of black people in general, the innumerable neguinhos who exist in the city. In this way, his art turns into a collective production, ceasing to be authorial and becoming about the diversity of black bodies.

“I start to see conflict in relation to the body of the other. I start to see my body in relation to the architecture of the city, to the asphalt I walk on, to the clay I walk on… My body in relation to the white lady that pulls her bag when she sees me in the middle of the street, on the narrow sidewalk in Botafogo… I calculate how many steps I have to take so that I don’t scare that woman. The whole time, this is automatically, in one second I already think how many steps I have to take to the right and turn here to the left and pass her without scaring her… Then I began to notice how much we get used to these calculations that our brains do automatically… I was seeing the poetic that existed in this social abyss, in my black body in relation to the white body and in my black body in relation to another black body. Why does this situation exist, right? That of the white lady who pulls her bag away from you, but there’s also this situation of the black security guy who discriminates against you, of the black police officer who gives you a hard time.”

Therefore, his artistic movement also questions the psychological work that a black person must do to simply be places and occupy the city. The everyday emotional wear and tear, which expels certain groups of people from certain places and reveals yet another abyss between the black body and the white body.

“Blackness in a white square. It says something about this architecture that it’s very white, that it’s very clear. It clarifies many ideas. When we enter these spaces, it seems that this very white architecture repels us. Our black body is very exposed there. Then we end up feeling targeted by the white square, we’re repelled. This architecture is designed to expel us,” he says, explaining one of his performances which criticizes the production of space in the city, raising two important questions: How is urban space built? For whom is it built?”

The piece “Careful with Neguin” brings together several of his performances, adapted to the moment and place. For example, when Marielle Franco was assassinated, Succi adapted his presentation to address the incident and raise discussions that dialogued with the moment. Beyond this, his piece is a process, also mutable and adaptable to Succi’s growth as an actor and black man. An uninterrupted process of construction that shifts according to how the dialogue with society is being established. 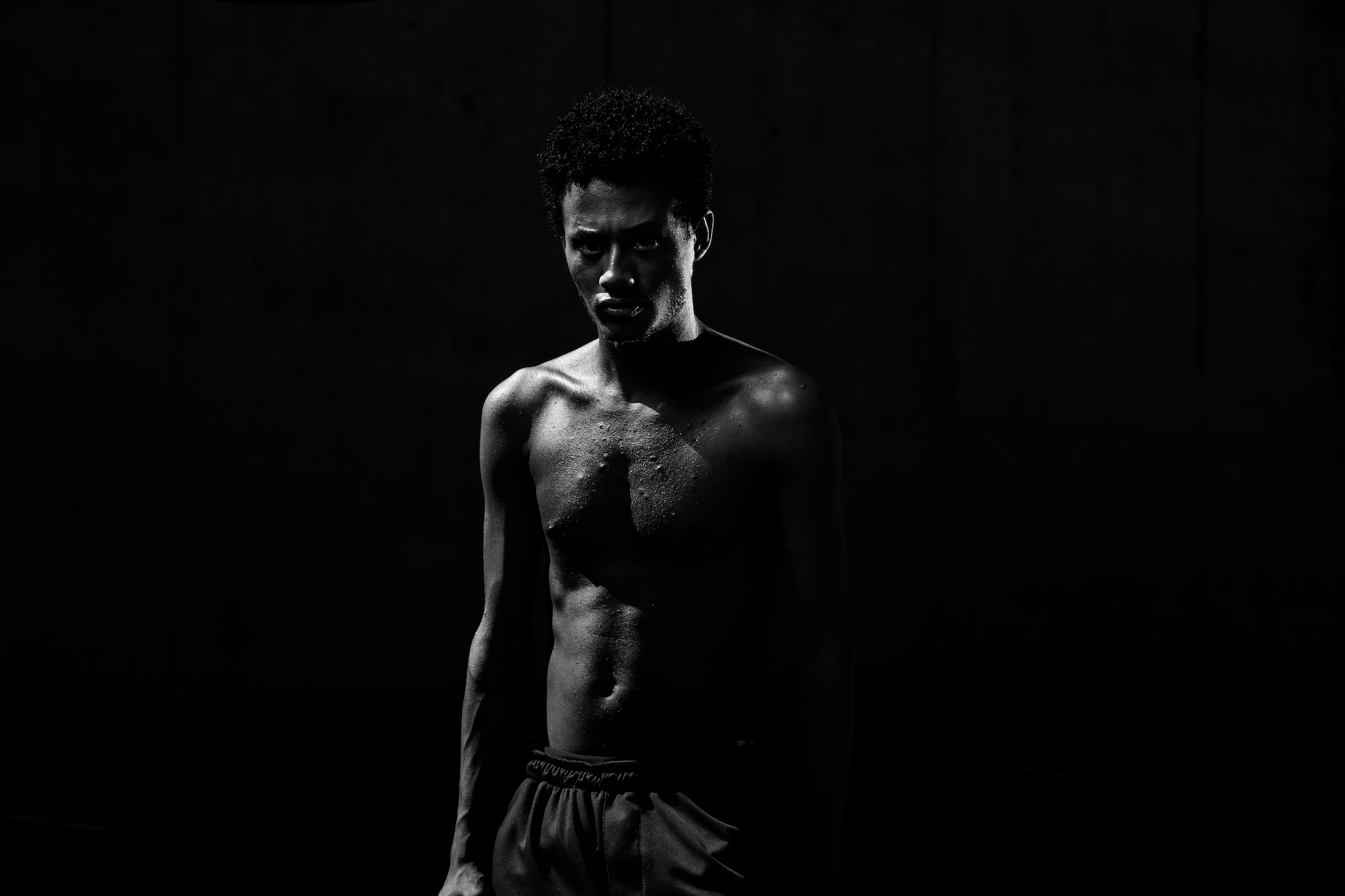 “Today I am much more black than I used to be, definitely. And I think that I still have to become even blacker,” he says.

Succi and his team are running a crowdfunding campaign on the platform Catarse which lasts until this Saturday, June 16, to cover basic production costs. In the meantime, the piece’s season debut has already been scheduled for August 2 at Casa Rio in Botafogo. Succi will also do shows in various other locations and is open to invites. His objective? To have the work circulate through the widest range of spaces, from the favela to elite white spaces. Tickets will be free in order to make the work accessible, guaranteeing the presence of those for whom moving through the city is expensive.

To contribute to the project, “Careful with Neguin,” click here.