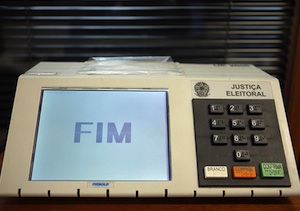 With elections approaching in Rio de Janeiro, political campaigns have a presence on every street corner, television, and billboard. But the complicated political system in Rio, and some of the implications of this system, go largely unknown not only by foreigners, but by many Cariocas as well. This critical moment for “The Marvelous City” is not only significant for Rio and its residents, but is of worldwide importance.  Foreigners and Cariocas alike should have a basic understanding of the voting system in what can feel like a free-for-all that is Rio’s municipal elections. 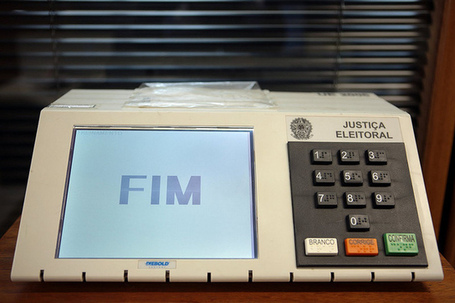 Rio de Janeiro—and all of Brazil—boasts an impressive voting system. Voting is not just a right, it is a duty. At the age of 16 one gains the right to vote, and after 18 it is mandatory. The Regional Electoral Court, (Tribunal Regional Eleitoral, TRE) is the governmental organization in charge of running the system. Failing to vote multiple times, without submitting a registered document with explanation as to why, one risks having their voting card (Título de eleitor, TDE) canceled. Without a TDE, a citizen is not allowed to get a passport or identification card, hold employment in the public sector, open a bank account, or receive loans. In Brazil, voting is an individual obligation to contribute to the democratic process of the country, and you seldom find a citizen clueless about an upcoming election.

Furthermore, Brazilian voting technology is progressive and groundbreaking, and is leading the way for more hidebound countries such as the United States. Voting is made accessible, explicit, and transparent, to ensure that all citizens are able to vote. Everything is done electronically, complete with pictures and any necessary assistance for people with disabilities. Results are known within hours of polls closing – Brazil holds the world record for fastest national election results, reporting the presidential run-off results in 2010 a little over an hour after polls closed.

As for this year’s municipal elections in Rio, the coveted position of mayor, along with all 51 seats on city council, are at stake. The City council represents a particularly perplexing aspect of Rio’s politics.  There are 1,741 candidates vying for 51 seats this election.  All seats are “at large,” i.e., there are no geographical districts and each voter selects just one candidate to vote for.  Therefore, even the most politically informed citizen could not examine the positions of all 1,741 candidates. In practice, the resulting free-for-all is subject to abuse; many unqualified and, in some cases, criminal, candidates wind up on city council, representing a serious problem in this political system.

As for Rio’s executive power, there are 8 candidates running for mayor. In Rio, mayoral candidates also select a vice mayor, as their running mates and right-hand man. Being the executive power of Rio, the mayor holds many responsibilities; s/he should represent the city and its residents as a negotiator for the citizens, always striving to improve quality of life. The mayor is expected to ensure basic services such as cleanliness, public schools, and health clinics, presents laws to the city council, and has the power to sanction, approve and veto legislation.

The eight candidates on the ballot this October represent eight diverse parties. Six of the eight candidates identify as “Left” or “center Left” and two of the candidates identify as “center Right.” The current mayor, running for re-election, Eduardo Paes, is a center Right politician, although he is infamous for switching ideologies and political parties, including a stint with the Brazilian Communist Party at the beginning of his career. Paes is currently polling at 55% of the electorate.

Paes’ main opposition is Marcelo Freixo, of the Socialism and Liberty Party (Partido Sosialismo e Liberdade, PSOL), a center Left party formed in 2005 as a break-off party from the Workers Party (PT). Freixo is currently polling at 19%.

A unique feature of the Brazilian voting system is that one needs a majority, rather than just a plurality, in order to win. Therefore, a second round in elections is common and represents a good democracy in Brazil. In this case, if Paes does not win 50% on election day, the race will go to a second round, held 3 weeks later.

A second round inherently provides more opportunity for debate among candidates, since it is only at this point that the top two ranked candidates are given equal TV time and debates take on a central role.

This article was written by Anna Kaiser, and published on October 1, 2012.
in Policies