For original article in Justiça Global in Portuguese click here.

2012 was a relatively calm (election) year in terms of evictions in Rio de Janeiro. But it didn’t take long for the city’s tractors to get rolling again. The reports by international human rights organizations, major world newspapers, and the UN’s recommendations against forced eviction don’t seem to have intimidated city authorities, who are using the Olympic Games to carry out any and every urban intervention, arbitrarily and without respect for the affected residents. In Largo do Tanque, in Jacarepaguá, the city began marking houses the week before Carnaval, and by February 22 only 10 of the nearly 50 families remained. Hundreds of people thrown out of their homes in just three weeks. 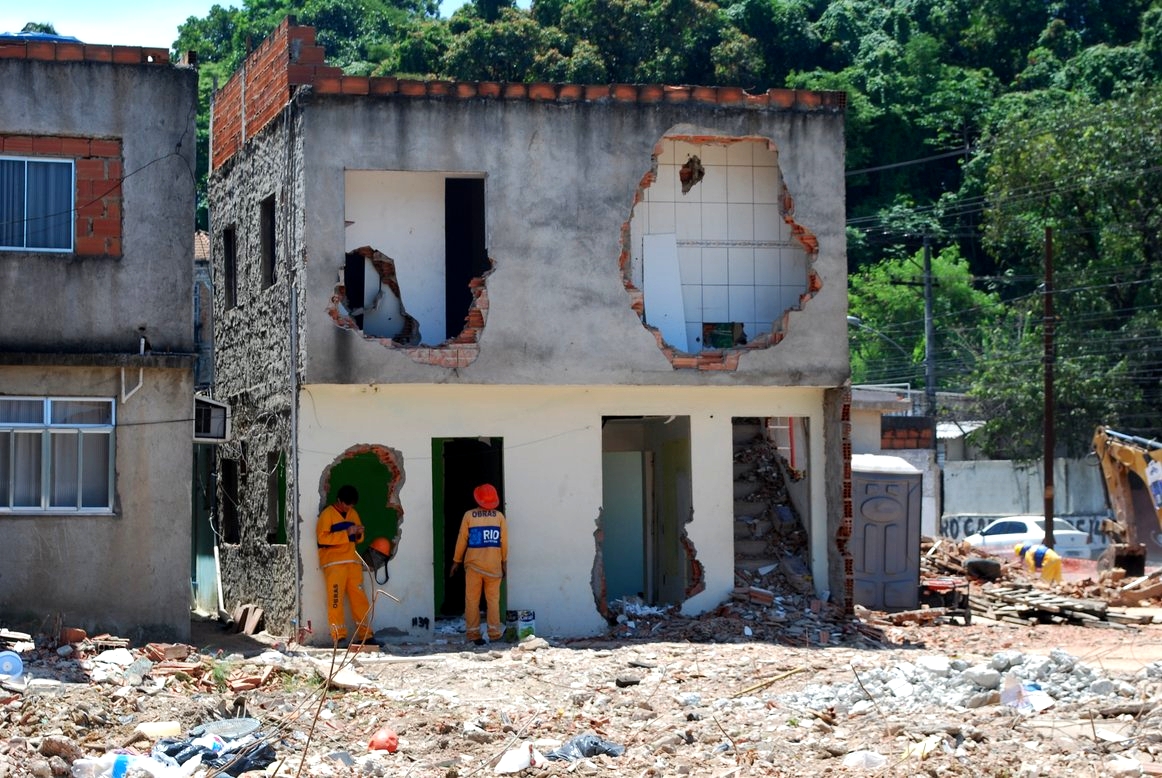 The stories are frightening: psychological torture, intimidation and undervalued monetary compensations. The negotiation strategy is perverse, with values being reduced over time to pressure residents to accept the first offer, which always begins at a below market price. The families explain that they are threatened by the city assessor who tells them not to seek out justice because they are in an illegal situation and if they did they would lose their property without any compensation. Though residents of Largo do Tanque have lived here for over five years, the City refuses to recognize their constitutional right to the land (if it is private) and housing rights in general. The city is only compensating for building materials, which is insufficient to purchase a new home. Compensation does not surpass R$30,000 and there are reports of families who have had to start their new lives having only received R$7000 (US$3500). Furthermore, there is no record-keeping of these events and residents are not receiving any official notification or receipts during the eviction process. 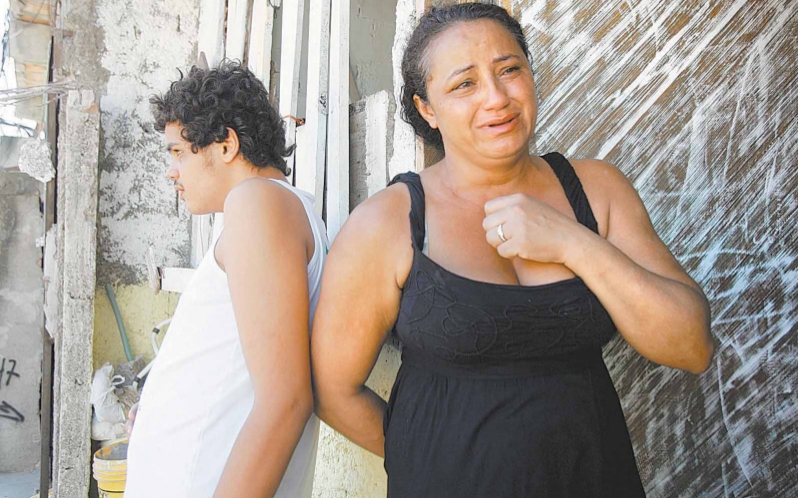 Despair: Rosilene doesn’t know where she’s going to live with her husband and children, one of them with special needs (Photo by Paulo Alvadia/O Dia)

Two documents have already looked into the issue in Brazil: the report by the Human, Economic, Social, Cultural and Environmental Rights Group (Dhesca) and the dossier prepared by the World Cup and Olympic Popular Committee. They both concluded that cases like Largo do Tanque are not isolated: a pattern exists concerning the city’s actions that violate human rights. The lack of information, an absence in involving communities in discussions about projects, individualized negotiations, low value indemnities, persecution of residents who go after justice, and disrespectful treatment by public bodies are commonalities that were identified in 10 communities visited in 2011. Two years after nothing has changed.

Despite many evictions being justified by the Olympics, other interests are also involved, such as the real estate market. In Vila Autódromo, the community’s upgrading was included in the project for the Olympic site from the winning design firm, whilst the community presented a popular plan with the participation of two federal universities, but the City insists on removal. The communities from the Recreio neighborhood were removed two years ago to make way for the construction of the BRT Transoeste Bus Rapid Transit line, but the highway has already been established and much of the land for the work is now being underused or not used at all. No resident from Largo do Tanque saw the project planned for the area, and when questioned about what the plan was for the land, the assessor from the City did not want to comment. Is there really no other option? 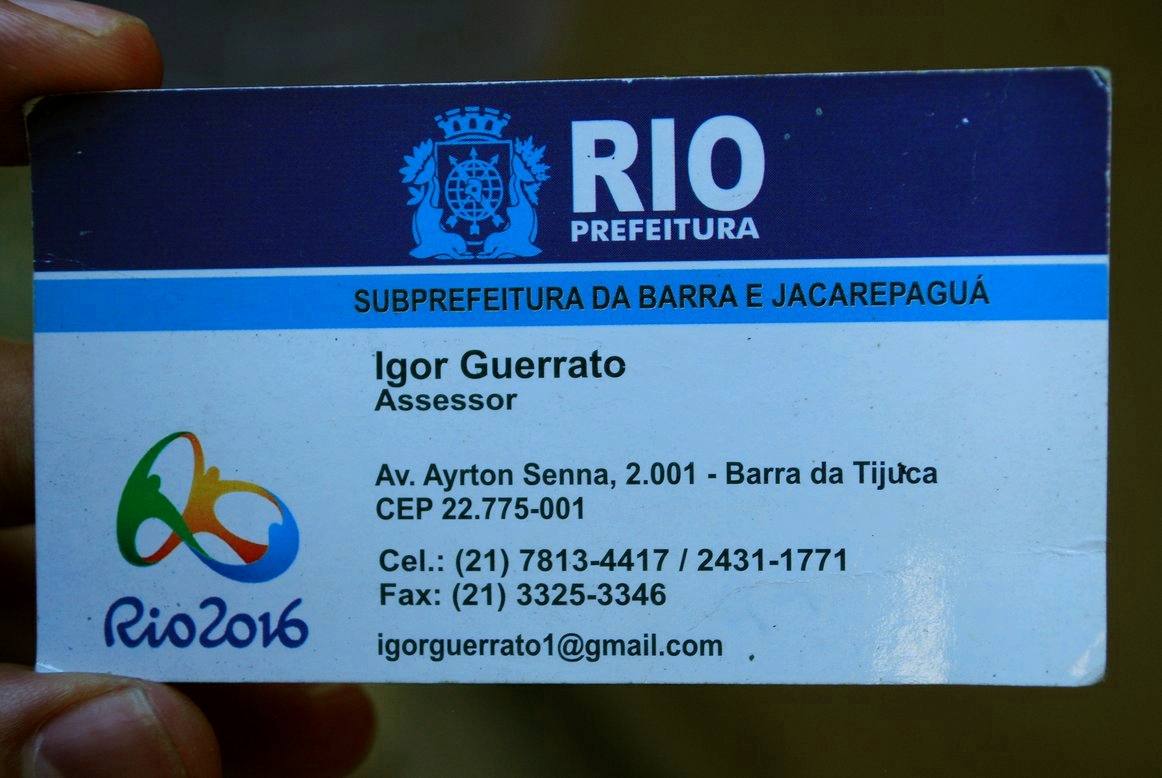 Mayor Eduardo Paes says only Vila Autódromo would be removed due to the Olympics, but the card handed to residents at Largo do Tanque displays the Games logo, as yet another form of pressure (Photo by Renato Cosentino)

Today Rio de Janeiro’s poorest live in a lawless city. It’s as if a card emblazoned with the Olympic logo has given city authorities superpowers to ignore the Federal Constitution, international agreements signed and ratified by Brazil, and the recommendations of the United Nations. The federal government pretends not to see it and the International Olympic Committee hasn’t spoken out about the charges of human rights violations caused by the preparations for the Games. What the families from Largo do Tanque are going through is worse than what was happening at the beginning of the process of removals; it’s unacceptable. At a time when Rio de Janeiro has a chance to show the world that it can overcome the social inequality that has marked its history, it is instead reinforcing that inequality. A shame.