For the original report in O Dia in Portuguese click here.

The migration of criminals from the pacified favelas to the suburbs of the Baixada Fluminense (Rio’s Greater Metropolitan Region) has caused local authorities to be on their guard.

The mayor of Duque de Caxias, Alexandre Cardoso, announced that he will propose a plan to the state government for them to help bear some of the police expenses. This would be done in order to accelerate the installation of a Pacifying Police Unit (UPP) for the first district, which is made up of 40 neighborhoods.

“Caxias is prepared to bear part of the cost of some 500 police officers,” affirms the Mayor. According to him, the violence in the region has increased after the fleeing of criminals from the Comando Vermelho drug faction who were expelled from Complexo do Alemão. The faction dominates 80% of the communities. 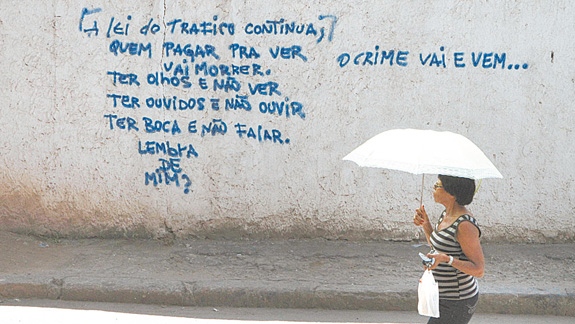 Criminals graffiti message on wall in the Caju favela where they impose the “law of the traffic”: “Whoever doubts will die… Crime goes and comes.” Photo by Alexandre Vieira / Agência O Dia

Even with the municipalities’ efforts to guarantee a UPP, the security specialist, ex-Bope official and sociologist Paulo Storani, believes that the Secretary of Security does not have the resources to expand the project to the entire Metropolitan Area.

“The Baixada population will be forced to learn how to live with the criminals fleeing from pacified areas,” he warns.

This problem has already become part of the daily routine for residents living in the Beira-Mar favela, on the edge of the Washington Luiz highway. There, drug traffickers have repressed the population by setting up barricades to the main entrances of the favela.

“Before, there was a Military Police car parked at the corner of the highway, but now we don’t even have that. The criminals walk around freely, without having to worry about anything,” states one woman. 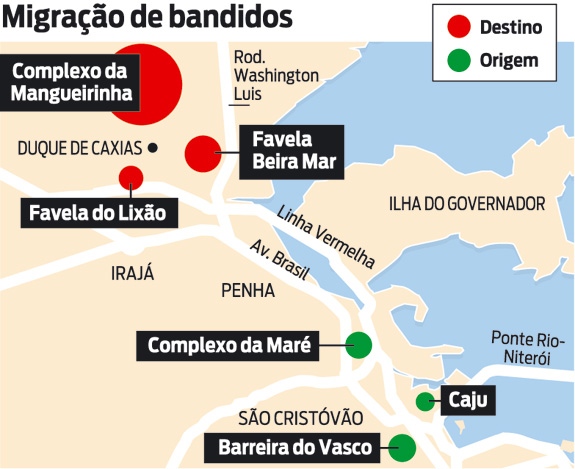 The occupation of the Complexo do Caju and Barreira do Vasco, which occurred in the early hours of Sunday March 3rd, has increased the level of fear among residents living in the risk areas of the Baixada.

“Drug trafficking is taking over this region,” affirms a resident who did not want to identify himself. According to him, each favela that is occupied in Rio by a UPP increases the lack of security for this region. “Drug traffickers are coming to this area and to the favelas like Manguerinha (Caxias),” he states.

Despite the occupations of Complexo do Caju and Barreira do Vasco, residents are still scared that the drug traffickers will return and remain silent. After leaving the favelas, the criminals shot at all the lamp posts on the Rua Manoel José Rodrigues and left messages that they would return.

At the Praça do Futuro in the Boa Esperança community, one visible message intimidates the population: “The law of drug trafficking continues. Whoever doubts this will die. Have eyes but don’t see, have ears but don’t listen, have a mouth but don’t speak.” The message is from Angolano, identified as one of the leaders of the drug gang in Caju.

In response, the Municipal Secretary of Conservation, Marcus Belchior, said that “servicing the communities” is the starting point for a new era. “We have collected 40 tons of trash, reestablished 350 lamp-posts, and unclogged 104 sewers and drains.” 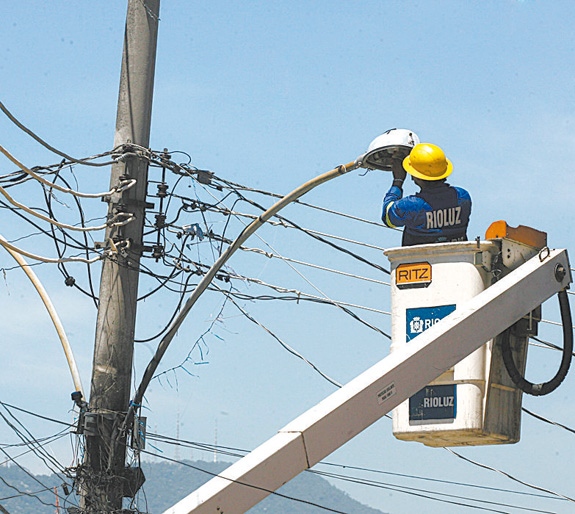 Four military police and one civil police officer are under investigation, accused of breaking and entering, without authorization, the house of a resident from the neighborhood of Barreira do Vasco, in São Cristovão.

The irregular incident occurred during the afternoon on Sunday, a few hours after the police invasion. The person who witnessed the act stated that the group invaded a kitchenette on Rua Professor Átila, close to gate number 6 of São Januário, after breaking and entering.

After turning the apartment upside down, the police were recognized and denounced by other members of the squad. Forensic evidence testing was carried out and all the tests were sent to the 17th Police Station (São Cristovão).

This article was written by Alessandro Lo-Bianco, Raphael Bittencourt, and published on March 20, 2013.
Translation provided by Emma Platais. This article originally appeared on O Dia. in #UPPWatch, Policies, Translated by RioOnWatch