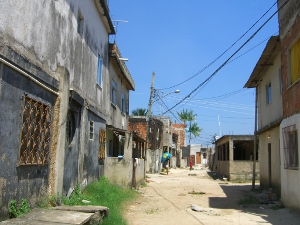 The international press has provided positive coverage for several recent City and State initiatives. The community policing units, or “UPPs” have been successfully installed thanks to a State program in 9 favelas, driving out drug lords and providing a sense of calm, thanks to a more humane, well-trained and funded youthful community policing force. The federal government’s Growth Acceleration Program (PAC) has brought heavy investments in infrastructure to a handful of favelas. Attention is being paid to improved public transportation, ranging from expansion of the metro and Bus Rapid Transit, to teleferic cars providing free trips up steep favelas. The city is investing heavily in the 150 worst performing public schools with special science programs, computers, and more.

All of this sounds great to those who are not familiar with the diversity of Rio’s favelas. The large communities are all benefitting from such investments. Yet, the smaller communities, even older ones like Vila Autódromo that hold title, are at risk of full removal. They don’t hold many votes. They don’t “appear” in the newspapers (they are safe, remember?). Ironically, Vila Autódromo and its neighbors—the communities most at risk from the Olympics, are all peaceful.

What do residents want to see? In short, as the public defenders’ notification states: “It is clear that residents do not want to be removed. On the contrary, they claim the right to upgrades and public investment.” Planners who visit the community comment about how fairly easy it would be to upgrade the neighborhood, given support from residents, lack of drug lords, the community’s wide roads and 90% of homes made of brick. In fact, fewer than 50 homes had any flooding during the intense April 2010 rains that hit Rio de Janeiro. And less than 5 were severe. 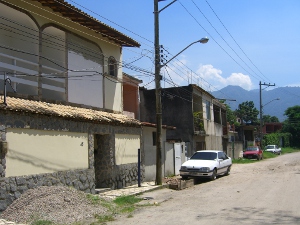 What, one might ask, is so critical about this site that makes its removal for the Olympics such a priority? Well, apparently even the Mayor can’t handle this question. In October, he announced the site would be used to build the Olympics Media Facility. But months later plans changed. The City has now decided to move several facilities to the Port Area the Mayor seeks to revitalize. When asked if this affects Vila Autódromo, municipal officials told me straight up, “no.” The most recent map shows essentially nothing built in the area. It simply needs to be maintained as part of the “security perimeter” for the Olympic venues.

But if that is the case, why are luxury condos going up just as close—across the street in fact—with a “box seat” view of the Olympic venues? And why not simply provide residents with “social rent,” the R$500/month the city regularly gives residents of other areas when they are removed from their homes and awaiting resettlement, during the 3 weeks of the Games? Or why not get rid of the “eyesore” by doing what residents request and upgrading this essentially lower middle class, up-and-coming community, which has proved its ability to coexist peacefully with major events ranging from the Formula 1 to Rock in Rio? Or why not be really creative and potentially develop a model for all future Olympics bids, involving residents directly? Engage them as workers, welcoming agents, or encouraging small businesses to cater to tourists? Wouldn’t these be a more just way of handling a community that has contributed so much to the city without costing it a dime, against all constraints?

Wouldn’t these speak better to the Olympic values of hope, excellence, respect, harmony and friendship? What about to the Olympics new “Development Through Sport” initiative that “put(s) human beings first?”

The only explanation for the lack of creativity, transparency, and willingness to dialogue and compromise shown by the City on this issue is its desire to maximize real estate speculation in the area. The community is not only a “blemish” which in and of itself will reduce values in the vicinity, but it also occupies a very valuable piece of land, which after the Olympics, can be developed. And all this on the edge of Jacarepaguá Lagoon, which will be cleaned up as part of the environmental legacy of the Games. The area will be Rio’s “new Lagoa,” in reference to the Rodrigo de Freitas Lagoon, where currently real estate is most valuable. Vila Autódromo is seen as an impediment to this development.

In the meantime, public defenders have invested so much energy on Vila Autódromo’s case, taking legal action as well as notifying the IOC with a detailed 78-page document including technical overview, because they fear this community’s removal would open the floodgates for forced evictions across the city. In fact, in October when the news media announced Vila Autódromo’s impending removal, it was cited as first of a list of 9. Within a week the City had retracted the list, claiming the intention to remove only this community. According to activists, this is a way of weakening the joint response that would have unfolded. When Vila Autódromo goes down, the precedent will be set, reversing decades of hard won housing rights legislation.

This article was written by Theresa Williamson, and published on July 29, 2010.
in #Rio2016, Policies, Violations